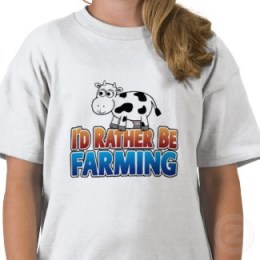 FORTUNE – Zynga (ZNGA) has made billions of dollars by digitizing “physical” games like poker and Scrabble. Now it’s looking to complete the circle.

The San Francisco-based company has begun signing offline branding deals with everything from toy-makers to apparel retailers to television studios. It’s unclear if the company hopes such efforts will generate significant revenue, but it certainly believes that its brands can have life beyond desktops and mobile devices.

“Our aspiration is to lower the bar between the virtual and physical worlds,” explains Jeff Karp, Zynga’s chief marketing and revenue officer. “We’re thinking a lot about how what you do with our brands offline and affect what you do with them online, and vice versa.”

Zynga’s first major foray into the physical world came in May 2010, when it created cross-promotional campaigns with 7-Eleven. But that was mostly just putting logos on Big Gulps. Then, last December, it offered a series of FarmVille-inspired plush toys for sale at Best Buy (BBY). Kind of following the Rovio-Angry Birds playbook. Then came an announced partnership with American Express (AXP) — which remains in the early stages — whereby card users could use reward points to obtain virtual goods in Zynga games.

What’s happening now, however, may ring a bit truer to the company’s gaming DNA.

For example, take the company’s recently-announced deal to create a Draw Something game show, in partnership with Ryan Seacrest Productions. The show still has not yet shot its pilot — yet alone had it picked up — but I get the sense that this won’t be just an updated version of Win, Lose or Draw