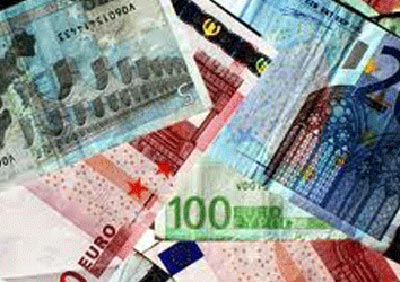 The euro weakened in Asia on Monday as moved out of the common currency ahead of a European summit later in the week and the release of closely-watched Chinese economic growth data.The unit dipped to $1.2909 and 101.46 yen in Tokyo afternoon trade from $1.2958 and 101.60 yen in New York late Friday.

There was little fresh news to drive markets, with euro fall likely stemming from sell orders caused by weakness in other risk-sensitive currencies including the Australian dollar on concerns over China’s economy, traders said.
See more here:
Euro weakens in Asia, eyes on EU summit