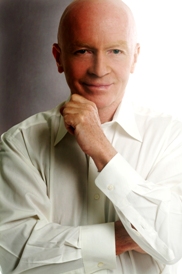 As we grow and age, our needs and habits often change. The same is true of economies, which grow and change along with their people.

Short-term statistics that impact a country’s economic growth rate, such as consumer spending, exports and the like are certainly important, but there are also long-term shifts that can have significant economic implications for the future.

Changing demographics is one of them. As a long-term investor, I have to look not only at today’s opportunities, but also plan for tomorrow’s developments.In many parts of the world, the number of retirees and pensioners is expanding as longevity rates improve and the working-age population shrinks. In the U.S. and Europe, legions of the post-World War II “baby boom” generation have started to enter retirement age.

This generation represents nearly a third of the U.S. population, and every day, some 10,000 of these individuals turn 65

This means it’s likely that a heavier burden will fall on fewer younger workers in the future. Similarly, in the EU today, there are four working people aged 15-64 for each non-working person over the age of 65.

By 2060, the European Statistical Office projects that ratio will shrink to 1:2

Nations with more mature populations typically require increased social services, including health care. Consumer spending patterns may also shift to reflect the particular needs of this group. The demographic math of fewer workers plus an aging population can lead to a drag on economic growth, but some economies are actually dealing with the opposite dynamic.

As some nations strain to accommodate older populations, others are coping with a swell of younger workers, potentially leading to some interesting long-term global shifts in growth and economic development.

BRICs are Aging Too

One of the reasons I am enthusiastic about emerging markets is because of their generally younger populations and their related higher growth rates compared with most developed markets.

However, not all emerging markets are immune to the aging population trend. According to United Nations projections, the number of people aged 65 or older in Brazil, Russia, India and China “BRIC” nations is expected to increase 46% to 295 million by 2020, and to 412 million by 2030, while the pool of 15 to 24-year-olds is expected to drop.2