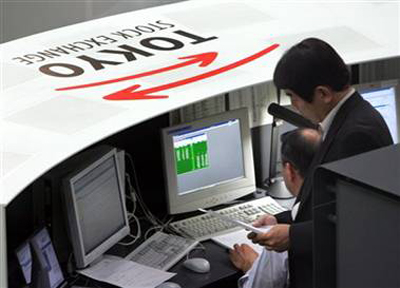 Tokyo stocks closed 1.52 percent lower on Monday after rallying at the end of last week to a 33-month high, and as the Bank of Japan begins a two-day policy meeting.

The BoJ is also expected to adopt an annual inflation target of two percent — a key demand from the new government led by Prime Minister Shinzo Abe — in a bid to beat the deflation that has haunted Japan’s economy for years.

While more monetary easing would put downward pressure on the yen, dealers have been selling the unit in recent months on expectations of such a move by the bank.

The dollar was initially stronger in Tokyo trade, but slipped to 89.58 yen, from 90.08 yen by the end of trade in New York on Friday.