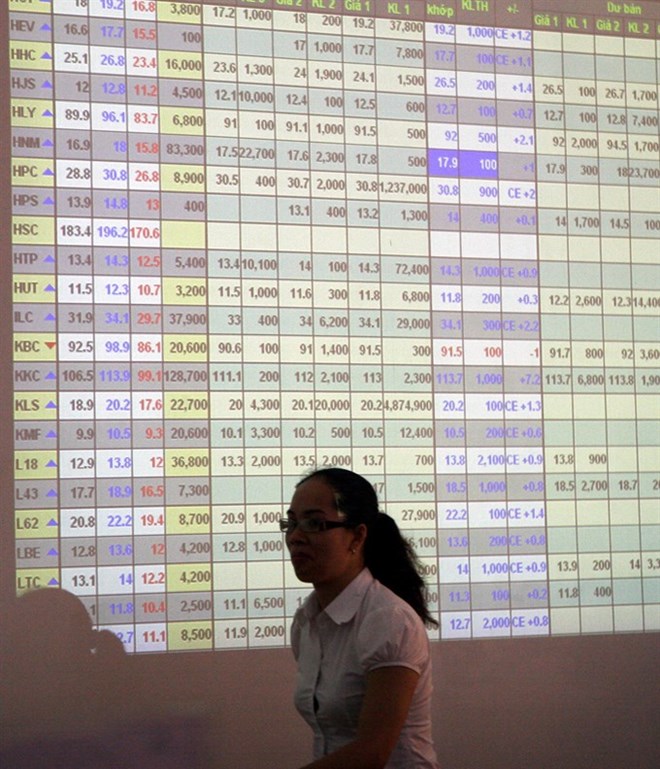 Bank stocks cooled down on Wednesday but the benchmark VN-Index still hit a new 10-year peak at 802.78 points, equivalent to an increase of 0.36 percent over the previous session.

The market breadth was positive on the HCM Stock Exchange with 175 stocks rising, 99 falling and 69 closing unchanged.

Large-cap stocks were the main support with 18 of the top 30 largest shares by market value and liquidity on the exchange gaining value while nine slumped.

Gainers on September 13 expanded to a wide range of sectors, from steel industry, retail, food-beverage and energy.

Hoa Phat Group (HPG), the biggest listed steelmaker, topped advancers, up 4.1 percent at 36,900 VND (1.63 USD) a share. With nearly six million shares changing hands, the shares were among the top 5 most active stocks by market volume.

Despite September 13’s rally, many analysts have warned that liquidity barely improved so the market needs more signals to confirm a steady uptrend.

A total of 189.5 million shares worth nearly 4.5 trillion VND (198.2 million USD) were traded in the two markets on September 13, down 3 percent in volume and almost unchanged in value compared to  September 12’s figures.

Inflow into Saigon shoot up to US$3.23 billion in foreign direct investment (FDI)