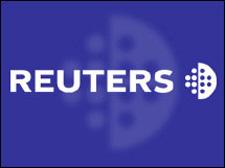 Reuters has been closely following up the political developments in Thailand amidst conflicting attitudes and lingering tension between the Democrat-led government and the United Front of Democracy Against Dictatorship (UDD).

The world-renowned news agency made a prediction on the outcome of the Thai political crisis following the bloody confrontations between the security forces and the anti-government supporters on 10 April 2010, which resulted in extensive casualties.

The forecast of Reuters was divided into five scenarios as follows:

According to the foreign news agency, the Thai government strived to promote the word “peace” in society during the UDD demonstration. However, its effort was futile as violent confrontations persisted while lives and property were lost. Instead, the word “violence” was labeled on Thailand upon series of images disseminated across the world through the international media.

Does state of emergency justify censorship in Thailand ?

Thailand’s Journalists under attack, reporting brought to a halt