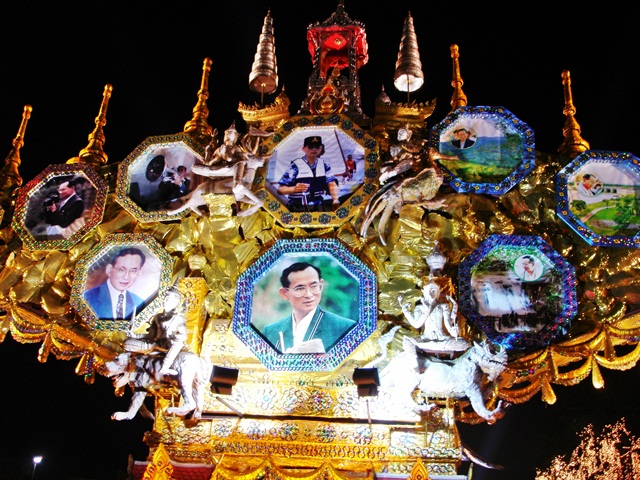 A Thai court’s sentencing of a 61-year-old man to 20 years in prison for sending four text messages illustrates the misuse by successive Thai governments of laws intended to protect the monarchy, Human Rights Watch said today. Thailand’s lese majeste laws should be amended to prevent unnecessary restrictions on freedom of expression.

On November 23, 2011, a Bangkok criminal court sentenced Ampon Tangnoppakul, 61, to 20 years in prison for sending four SMS messages in 2010 that were considered offensive to the Queen and the institution of the monarchy. The messages were sent to a secretary of Abhisit Vejjajiva, who was then the prime minister. Ampon was arrested by Crime Suppression Division police on August 3, 2010, after a complaint was made by Somkiat Krongwattanasuk, the secretary who received the message.

“The severity of penalties being meted out for lese majeste offenses in Thailand is shocking,”

said Brad Adams, Asia director at Human Rights Watch. “The new government seems to be responding to questions about its loyalty to the monarchy by filing countless lese majeste charges.”

The authorities charged Ampon under article 112 of the Penal Code, which deals with lese majeste offenses, and article 14 of the Computer Crimes Act, which broadly bars the circulation through computer systems of information and material deemed detrimental to national security, but which has also been used to prosecute cases of lese majeste.

In Thailand, the image of the King is protected by lese majeste laws. In 2007 a Swiss citizen has been sentenced to 10 years for defaming a portrait of King Bhumibol

Many other harsh punishments for lese majeste have been handed down in recent years. For example, Darunee Charnchoensilpakul, an activist, was sentenced in 2009 to 18 years in prison. Tanthawut Taweewarodomkul, webmaster of the banned Nor Por Chor USA, was sentenced to 13 years in prison in March 2011.

On September 1, Surapak Phuchaisaeng, a computer programmer, was arrested in Bangkok for allegedly posting pictures, audio clips, and messages deemed insulting to the royal family on the social networking site Facebook. In the indictment, the public prosecutor told the court that Surapak “does not deserve mercy and should be severely punished.”

Minister of Information and Communications Technology Anudith Nakornthap said at a news conference, on November 24, that Thai authorities have asked Facebook to remove 26,000 URLs of user accounts in August and September and 60,000 in October and November with lese majeste contents. The ministry also warned that using “Like” or “Share” features, as well as posting comments, on an online social networking page containing content deemed lese majeste could be considered a criminal offense.

Some opposition Democrat Party members are pressuring the Yingluck government to take even more drastic measures, including blanket-blocking online social networking service providers that refuse to remove lese majeste content. The United Front for Democracy against Dictatorship (UDD), which led mass anti-government protests in 2009 and 2010, and supports the current government, has also pressed for the enforcement of the lese majeste laws.

The UDD leadership urged their supporters to arrest anyone with lese majeste materials and hand them over to the police. In one such case, UDD security guards detained Wanchai Saetan on April 6, 2009, after they found him distributing what they considered to be anti-monarchy leaflets near a UDD protest at the Government House, the prime minister’s office. Wanchai was later sentenced to 15 years in prison, reduced to 10 years for pleading guilty.

“A chokehold on freedom of expression is being created in the name of protecting the monarchy,”

Thailand’s King Bhumibol Adulyadej has publicly stated that he was not above criticism. In his 2005 birthday speech he said,

The roots of the recent campaign appear to be found in the September 2006 military coup against Thaksin Shinawatra, the prime minister at the time, who was considered by royalists to be insufficiently loyal to the monarchy. Since then, Thai authorities have taken increasingly repressive actions against those who are critical or are perceived to be critical of the monarchy, the institution of monarchy, or members of the royal family.

Actions to counter such expression have become a focus of the work of many agencies, including the army, the police, the Ministry of Justice’s Department of Special Investigation (DSI), the Ministry of Information and Communication Technology, and the Internal Security Operations Command (ISOC).

The Abhisit government led a widespread crackdown on free expression by using article 112 of the Penal Code and article 14 of the Computer Crimes Act to intimidate, arrest, and prosecute activists, journalists, and academics, both Thai and foreign. The National Human Rights Commission’s Subcommittee on Political and Civil Rights estimates that there were more than 400 lese majeste cases in 2010, nearly a threefold increase from the previous year. In a number of cases, trials were closed to the public.

Human Rights Watch urged the Thai government to make public information about everyone who has been arrested, charged, or convicted for lese majeste under article 112 of the Criminal Code and article 14 of the Computer Crimes Act. In particular, the Thai government should make available information about how many of the lese majeste complaints have been filed by private parties and how many have been filed by state agencies.

Human Rights Watch has long urged the Thai government to amend the laws so that private parties cannot bring complaints of lese majeste since no private harm is incurred. Private persons and groups often misuse lese majeste laws for political purposes. The police, courts, and local authorities often are afraid to reject allegations of lese majeste out of concern they might be accused of disloyalty to the monarchy.

“The heavy-handed enforcement of lese majeste laws has a devastating impact on freedom of expression in Thailand,” Adams said. “A broad-based discussion is urgently needed to amend the laws to ensure that they conform with Thailand’s international human rights obligations.”

Is Thailand Lost in Translation ?