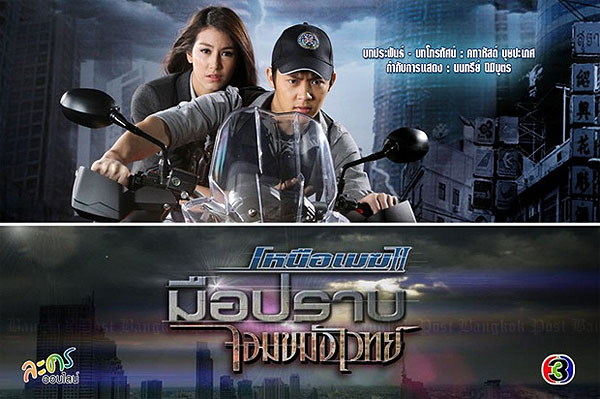 Channel 3 has abruptly canceled a popular prime-time soap opera ‘Nua Mek 2’ on January 4, causing an uproar among Thai viewers and legal watchdogs over the past week.

Channel 3 pulled the series off the air just hours before airing the season finale, citing inappropriate content. The political drama, which debuted on December 14, was originally set to air 12 episodes. The sudden cancellation of the drama led to a criticism that the ban was politically motivated.

Yes, viewers might emulate the bad guy and start practicing corruption, cheat on taxes and sell Thai assets to foreigners

The Prime minister’s secretary-general Suranand Vejjajiva commented on the ban by saying that the government had never interfered with any TV drama or news report.

Following the ban, an online survey conducted by Bansomdej Poll found that 96 per cent of 1,511 respondents did not agree with the axing of the series. A group of hackers, identifying themselves as “Unlimited Hack Team”, infiltrated the Channel 3 website on January 7 and posted a message demanding the return of Nua Mek 2.

A Channel 3 executive speaking under condition of anonymity, talked about the reason behind the ban, saying that the content of Nua Mek 2 breached Section 37 of the Broadcast and Telecommunications Operations Act. Section 37 generally prohibits media content seeking to overthrow the constitutional monarchy and threatening national security or morality. The executive did not elaborate on which part of the content the series had violated.

Why? Because the plot involved a female prime minister? That one of the bad guys was a billionaire politician? That there’s corruption, tax evasion and attempts to sell Thai assets to foreigners?

Of course, such a storyline defies Section 37 of the Broadcast and Telecommunications Operations Act that prohibits radio and TV content deemed detrimental to the monarchy, national stability or public morality. Yes, viewers might emulate the bad guy and start practicing corruption, cheat on taxes and sell Thai assets to foreigners.