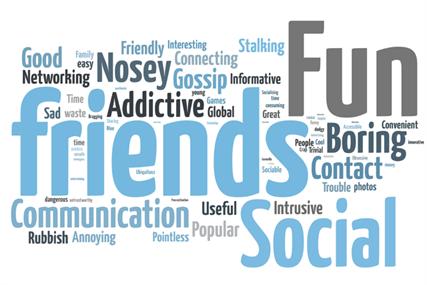 SOMETHING REALLY DRAMATIC is happening to our media landscape, the public sphere, and our journalism industry, almost without us noticing and certainly without the level of public examination and debate it deserves.

We are seeing huge leaps in technical capability—virtual reality, live video, artificially intelligent news bots, instant messaging, and chat apps. We are seeing massive changes in control, and finance, putting the future of our publishing ecosystem into the hands of a few, who now control the destiny of many.

Social media hasn’t just swallowed journalism, it has swallowed everything. It has swallowed political campaigns, banking systems, personal histories, the leisure industry, retail, even government and security. The phone in our pocket is our portal to the world. I think in many ways this heralds enormously exciting opportunities for education, information, and connection, but it brings with it a host of contingent existential risks.

Journalism is a small subsidiary activity of the main business of social platforms, but one of central interest to citizens.

The internet and the social Web enable journalists to do powerful work, while at the same time helping to make the business of publishing journalism an uneconomic venture.

Two significant things have already happened that we have not paid enough attention to:

Social media and platform companies took over what publishers couldn’t have built even if they wanted to. Now the news is filtered through algorithms and platforms which are opaque and unpredictable. The news business is embracing this trend, and digital native entrants like BuzzFeed, Vox, and Fusion have built their presence on the premise that they are working within this system, not against it.

Second, the inevitable outcome of this is the increase in power of social media companies.

The largest of the platform and social media companies, Google, Apple, Facebook, Amazon, and even second order companies such as Twitter, Snapchat and emerging messaging app companies, have become extremely powerful in terms of controlling who publishes what to whom, and how that publication is monetized.

There is a far greater concentration of power in this respect than there ever has been in the past.

Networks favor economies of scale, so our careful curation of plurality in media markets such as the UK, disappears at a stroke, and the market dynamics and anti-trust laws the Americans rely on to sort out such anomalies are failing.

The mobile revolution is behind much of this.

Because of the revolution in mobile, the amount of time we spend online, the number of things we do online, and the attention we spend on platforms has exploded.

The design and capabilities of our phones (thank you, Apple) favor apps, which foster different behavior.

Google did recent research through its Android platform that showed, while we might have an average of 25 apps on our phones, we only use four or five of those apps every day, and of those apps we use every day, the most significant chunk of our time is spent on a social media app. And at the moment the reach of Facebook is far greater than any other social platform.

The majority of American adults are Facebook users, and the majority of those users regularly get some kind of news from Facebook, which according to Pew Research Center data, means that around 40 percent of US adults overall consider Facebook a source of news.