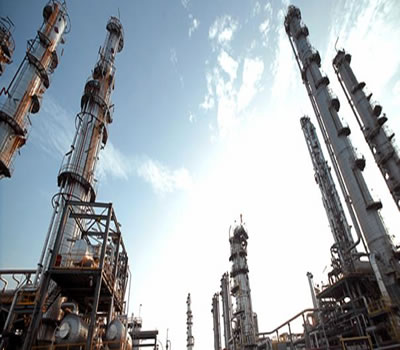 He said the company will only set a limit on the amount of oil selling to Iran aircrafts, as suggested by the government, led by the Foreign Affairs Ministry.

The Foreign Affairs Ministry stressed that Thailand as a member of the United Nations, must abide by the UN resolution to impose a sanction on Iran.

Moreover, he added the company limited a quota selling since last year, reaffirming that its policy has nothing related to the recent Bangkok’s triple explosions.

Moreover, he conceded that stressful situation in Iran adversely affect global oil prices in the short term. Currently, global prices stand at 110 US dollars a barrel.

He said other oil-producing countries in the Organization of the Petroleum Exporting Countries or OPEC group, in particular Israel, announced to increase its productions.

Meanwhile, the company has store its stock in various places, including Africa, the Mediterranean, and the Far East to reduce possible risks.

Thailand’s Criminal Court approved on Wednesday an extension to the detention of Mohammad Hazaei, one of the suspects in the Sukhumvit bomb incidents last week, and the suspect is being detained at high-security Bangkok Remand Prison.

Security was tightened along the route where police brought Hazaei to seek court approval for a further 12-day detention.

He was charged with conspiracy to make and possess explosive devices intended to cause harm to others.

Police investigators said they opposed bail, citing possible flight risk as the case concerned serious offences with severe punishment. In addition, the explosive devices found were especially powerful and destructive, posing a threat to the public. The suspect, if released, might tamper with witnesses or evidence.

Mr Hazaei was taken into police custody at Suvarnabhumi Airport last week as he was trying to board a flight to Malaysia.

So far, arrest warrants have been issued for five suspects, with two suspects still at large, while police are gathering evidence to seek an additional arrest warrant for a sixth suspect.

Thailand on Tuesday sent a request to Malaysia for extradition of Masoud Sedaghatzadeh, a suspect in this explosion case, who was arrested by Malaysian authorities in Kuala Lumpur, one day after three explosions in Sukhumvit area.

Electrolux has long term view on Thailand, looks beyond floods