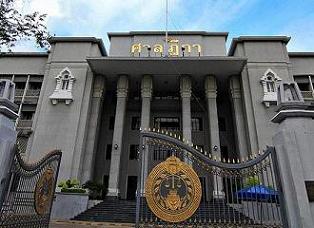 Gen Piya told reporters that 150 police will be stationed at the operations command set up in front of the Supreme Court on Ratchadamneon Nai Road as the Supreme Courts Criminal Division for Holders of Political Positions is set to announce its ruling whether or not to seize Mr Thaksins frozen assets.

After 6pm, he said, the number of police would be doubled which would include two bomb squads, 100 anti-riot police and 33-strong rapid deployment force.All of the security personnel would take care of security at the court and risk points around the court, he said, adding that on Friday morning, security measures would be strengthened.Two bomb scanners will be used to screen people who want to listen to the verdict being read in the afternoon.At the same time,  the Courts of Justice Secretary-General Wirach Shinvinitkul said all staff had been well-prepared to respond to any situation but he believed there would not be any untoword incident after the verdict reading.He said the Courts of Justice had instructed the security staff to step up measures to inspect the public who would enter and exit the premise. Only one entrance would be available for the public.

Unemployment rate in Thailand dropped to only 1% in Q4