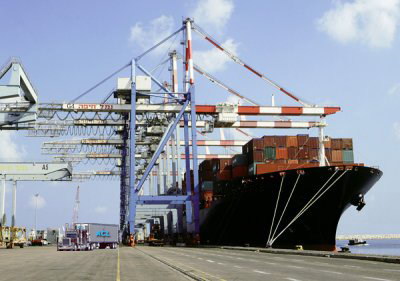 Thailand’s exports in the first four months of this year surged by 32.45 per cent to US$58.47 billion in value from the same period last year, boosted by the continued recovery of the global economy,

Here is the original:

According to Department of Export Promotion (DEP) deputy director-general Malee Choklumlert Thai exports soared by 34.6 per cent in main destinations and 30.6 per cent in emerging markets.
Recent Trade Reforms in Thailand

Thailand could be the Asian economy that suffered the most from the global financial crisis. Plus the spectre of further political unrest remains on the horizon. However, there are some signs that Thailand can ride out the economic firestorm. Government debt-to-GDP remains below average regionally speaking, the financial sector learnt from the 1997 meltdown and remains relatively well capitalised and liquid, and Board of Investment privileges are some of the best in Southeast Asia.

Thai imports increased significantly by 54.88 per cent to $56.63 billion in value, resulting in a trade surplus of $18.44 billion, down by 75.69 per cent from the corresponding period the year before.

Import tariffs on machinery are waived for regional operating headquarters. The Board of Investment cancels import tariffs on machinery used in conducting research and development activities by regional operating headquarters (ROHs). This is in addition to the existing privileges such as a permission to own land and remit foreign currency abroad as well as preferential corporate and income tax rates. Looking forward, related agencies such as the Revenue Department, the Bank of Thailand, and the Department of Business Development plan to streamline other rules and regulations that help to promote ROHs in Thailand.
In January 2009, the overall economy in Thailand continued to contract from the same period last year, with continual large contractions in manufacturing production and export. Private consumption and investment trended downward, in line with a considerable drop in import. Furthermore, major crops production and price continued to decelerate, resulting in a slowdown in farm income. Nevertheless, tourism sector observed a smaller contraction. External stability remained sound with high international reserves as well as trade and current account surpluses following a marked decrease in import. Regarding internal stability, January’s inflation in Thailand turned negative for the first time since October 1999. Even though the unemployment rate remained low, manufacturing employment continued to decline.