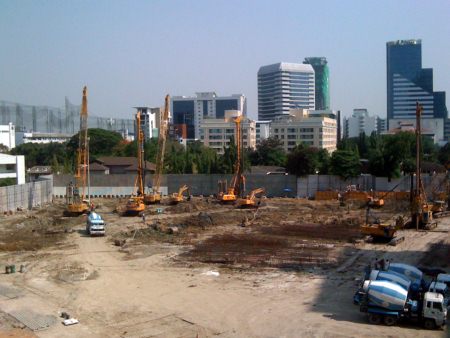 In the face of closer economic integration in Southeast Asia and the opening up of Myanmar’s economy, Thailand may be confronted with a shortage of workers in the longer term.

“What we are concerned about is the flow of |labour that will take place after the market is liberalised [in 2015]. A labour shortage is among our top concerns,” said Sutapa Amornvivat, chief economist at Siam Commercial Bank’s Economic Intelligence Centre.

All Asean countries were likely to badly need workers, particularly unskilled labour, as the number of planned investment projects would increase.

“These unskilled labourers could flow back to those countries and Thailand could suffer shortages,” Sutapa noted.

A number of investment projects expected in these countries, including Myanmar, would require intensive labour, mostly unskilled, she said.

With Myanmar is poised to open up its economy, inviting more direct investment and creating more jobs, Thailand may face a shortage of unskilled labour from neighbouring countries. Southeast Asia’s second-largest economy had seen human capital development at a certain level for some time and most Thai workers were now doing skilled tasks.

“A number of unskilled labourers in Thailand could shift back to their own countries like Myanmar, which are about to open their economies,” said Somprawin Manprasert, an assistant professor of Economics at Chulalongkorn University. Thailand expects ‘long-term’ labour shortage – ANN

Thailand steps up Campaigns for Energy Saving and Road Safety