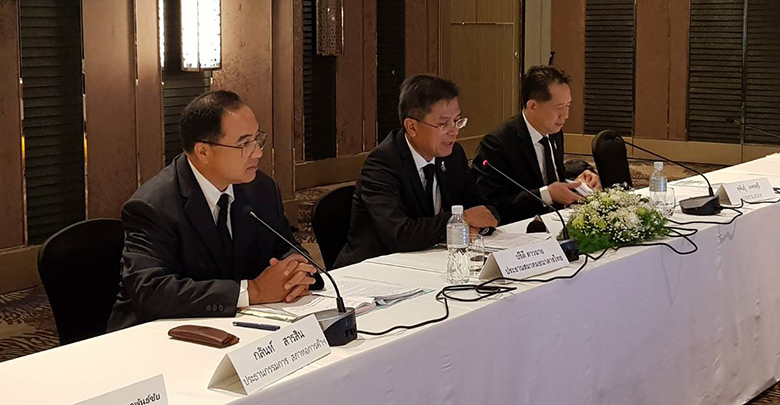 The contracted exports will also affect the economy in the second half of the year. Therefore the JSCCIB will review the overview of the Thai economy this year the next month.

The meeting of the JSCCIB, therefore, prepares to revise the Thai economic forecast this year next month after the end of the second quarter when the political situation should be clearer.

The likely prolonged trade war problem because the United States may raise tariffs on Chinese products which could affect the export this year, and there is still a political factor from the delayed establishment of a government which will affect the preparation of the annual expenditure budget 2020.

Mr. Suphan Mongkholsuthee, Chairman of the Federation of Thai Industries, added that the JSCCIB has prepared a private sector’ economic development proposal for a new government in economic development and also requires the Joint Public-Private Sector Consultative Committee to meet every six months in order to promptly solve problems.

END_OF_DOCUMENT_TOKEN_TO_BE_REPLACED

The sustainability program is part of the government’s push to implement the Singapore Green Plan 2030, a ‘whole-of-the-nation’ movement spearheaded...