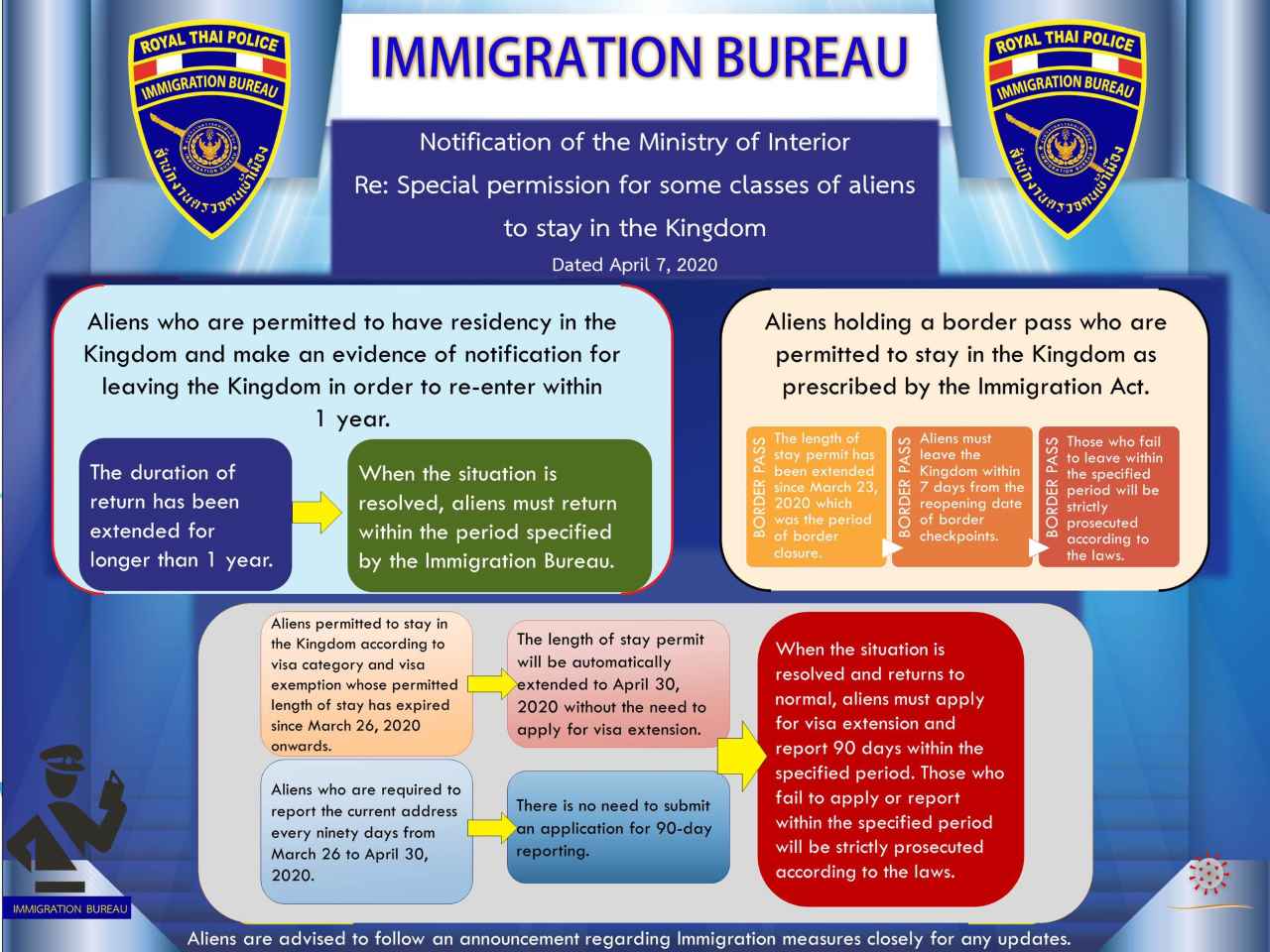 The spread of COVID-19 has led to an increasing number of infected persons and many people have died. The Thai government has announced the closure of points of entry into the Kingdom to contain the spread of the disease.

It has also issued an announcement, granting automatic visa extensions for foreigners in Thailand who have been affected by the COVID-19 crisis.

The announcement was made on 7 April 2020 and signed by Prime Minister General Prayut Chan-o-cha and Interior Minister General Anupong Paojinda. It covers three groups of foreigners, as follows:

1. Foreigners with resident visas who normally reside in Thailand

The first group includes foreigners with resident visas who normally reside in Thailand but are now overseas and required to return to Thailand within a year of their departure.

Since they might not be able to re-enter Thailand in time due to the COVID-19 pandemic, they will be granted an extension of their compulsory return deadline. However, they are required to return to Thailand as soon as the situation improves within the period specified by the Immigration Bureau.

2. Foreign visitors whose visas expired on 26 March 2020 or thereafter

The second group involves foreign visitors whose visas expired on 26 March 2020 or thereafter. They will be granted automatic visa extensions until 30 April 2020, and notification of staying in the Kingdom will be extended for those whose expiry date of stay permit falls within the period between 26 March and 30 April 2020.

However, when the situation improves sufficiently or returns to normal, they are required to proceed with their visas within the period specified by the Immigration Bureau.

3. Visitors from neighboring countries who hold a temporary border pass

The third group includes visitors from neighboring countries who hold a temporary border pass issued on 23 March 2020, or thereafter. They will be allowed to stay in Thailand until the borders are re-opened, and will be required to leave Thailand within seven days after the borders reopen.