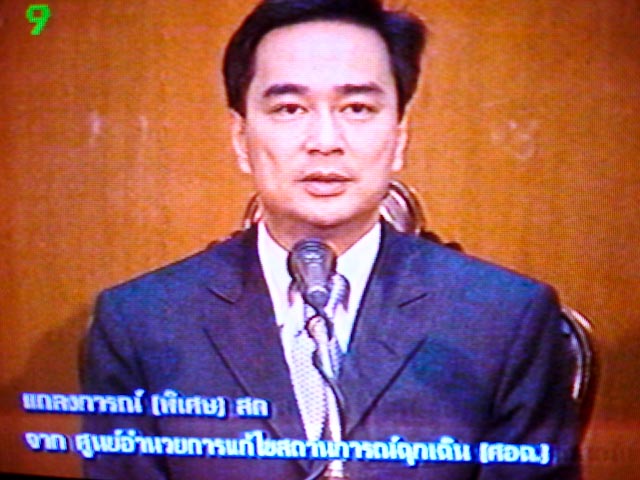 The death toll in Saturday’s clashes between government troops and anti-government protesters officially reached 19 on Sunday, with some 825 persons listed as injured, according to the Bangkok

The 19 deaths include 14 civilians, four soldiers and one unidentified victim. Among the dead is Hiroyuki Muramoto, a Japanese cameraman working for Thomson Reuters news agency.

Prime Minister Abhisit Vejjajiva  expressed deep sorrow to the families of victims of the clashes Saturday night, saying autopsies and investigations will be conducted to confirm the causes of death.

In an address to the nation broadcast live on a national television shortly before midnight, the prime minister vowed to stay on to restore order.

Many losses of life occurred at Khok Wua intersection on Ratchadamnoen Avenue, site of the nation&apos;s Democracy Monument, and some soldiers were killed as M-79 grenades were used during the clash, he said.

via 19 dead, over 800 injured in Bangkok’s bloody clashes.

World Bank forecasts Thailand’s GDP growth to 6.2 per cent in 2010