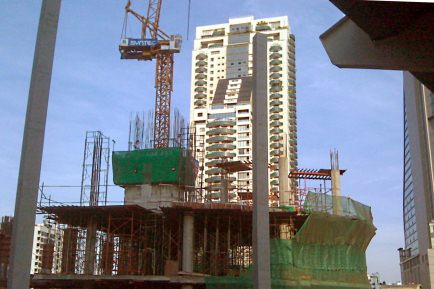 In the residential market, Thailand’s top eight developers have seen their collective share expand to 49% in 2009, from 34% in 2008, even as the overall residential market contracted last year by as much as 10%, said Prateep Tangmatitham, the president of Supalai Plc.

Mr Prateep said that both global economic turbulence and local political problems dragged down the market.

The strengthening of the top eight developers reflects the fact that small developers had difficulty getting loans from increasingly wary banks. As a result, Mr Prateep believes, there will likely be fewer small developers in the future.

In the residential market, the country's top eight developers have seen their collective share expand to 49% in 2009

“Anyone can build with their own money, but it will be more difficult to get a loan from a bank for a project. Banks require a certain percentage of sales before they release the money,” he said.

The giants of the industry have several advantages over their smaller competitors, with one being that they continuously improve their products and services. They are also better able to handle risk because if one project does not do well its poor performance can be offset by sales at as many as 30 or 40 others.

Aside from this, big developers enjoy an economy of scale because they are able to buy building materials at a lower price than small developers, which means they are able to sell better quality residences at lower prices. “Brand awareness is also rising. Buyers are increasingly opting for prestigious brands which they feel offer much better after-sales services compared to the smaller ones,” said Mr Prateep.

Another major change in 2009 was that the large developers were becoming more integrated.

In fact, Supalai has been doing this for two decades and has diversified to various cities around Thailand including Phuket, Hat Yai, Khon Kaen and Chiang Mai.

The company is also studying the possibility of building houses in Vietnam but is not going to launch anything in a hurry. “Vietnam is close to Thailand and we don&apos;t want to go too far,” says Mr Prateep. “We are looking for a country with rapid growth that also has a big enough city to ensure a large demand for housing.”

Helping Supalai with its adventurous future plans was a robust performance in 2009, with contracted sales totaling 12.2 billion baht. This is an increase of 31% year-on-year.

via Big developers getting bigger.