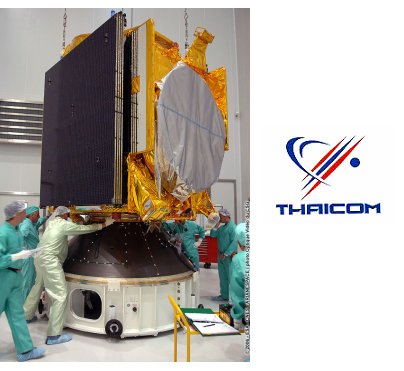 The premier however said the purchase of Thaicom satellite is highly possible and that will be made in a logical and transparent manner in terms of price and other conditions. How long it will take to finalise the transaction depends on the finance ministry.

“Looking back to the time when Temasek bought Shin Corp shares, it notified the public and the Stock Exchange of Thailand that it had no intention to buy the satellite,” Mr Abhisit said. “Therefore we are considering this issue, and the finance ministry is now negotiating with the company.”

The selling of Thaicom by the Shinawatra family in connection with the Shin Corp deal with Singapore state-owned investment company was one factor triggering street demonstrations by anti-Thaksin protesters leading to the military coup in September 2006 that ousted Thaksin from power.

The Thai prime minister said there is high possibility that the Thai government will succeed buying Thaicom back and the finance ministry will later consider who will take care of it when the deal is done.

The intention of the Thai government (to buy back the satellite) is mainly national security, Mr Abhisit reiterated.

Following a news report that the government will spend Bt5 billion to buy Thaicom, the premier said he has not yet considered the figures.

via Thailand seeks to buy Thaicom from Singapore’s Temasek.

In 2007, Thailand’s military-appointed government started informal talks with Temasek to buy back the satellite company. Then army chief Sonthi Boonyaratkalin, who led the 2006 coup, warned at the time Singapore could be using the Shin assets to spy on military leaders, a charge Temasek denied.

The government launched its move to buy back Thaicom as it battled anti-government protesters who used the company to transmit the signal of their own satellite television station.

Mr Sirichok visited Singapore in April with Finance Minister Korn Chatikavanij to meet with Temasek, which said it is willing to consider the deal. The government will make the purchase either through the government-owned MCOT Plc or one of two state enterprises controlled by the ICT Ministry, Mr Sirichok said.
Originally called Shinawatra Satellite, Shin Satellite Public Company Limited was founded in 1991 after it was granted a license from Thailand ‘s Ministry of Transport and Communications permitting it to launch and operate satellites. It was the first company in Thailand to be allowed to do this, and the first privately-owned satellite company in Asia. His Majesty King Bhumiphol Adulyadej graciously provided a name for satellite series, Thaicom, symbolizing the link between Thailand and modern communications technology.