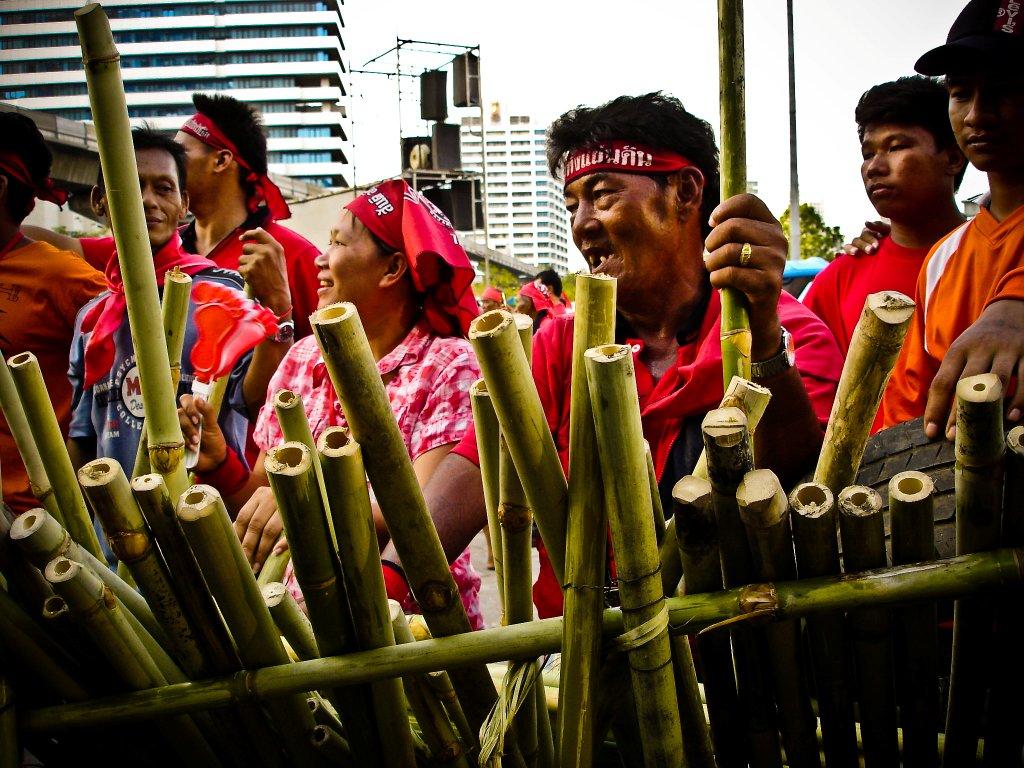 About 1,500 police officers — will be deployed on the route where anti-government protesters of the United Front for Democracy against Dictatorship (UDD) will march in the Thai capital Saturday to demand the government to release its leaders imprisoned on charges of terrorism, a senior police officer said.

The private sector’s interests in ensuring the safety of visitors to Thailand are fully aligned with the efforts of foreign embassies to protect the safety of their citizens. Private operators in the travel industry, including airlines, hotels and tour agents, are equally if not more directly responsible for the safety of their customers as we have our reputations at stake and financial liabilities to face.

During the protests this year and last, tourists in every part of Thailand, especially Phuket, Samui and Chiang Mai experienced no ill-treatment by Thai people, red shirt or yellow shirt

During the protests this year and last, tourists in every part of Thailand, especially Phuket, Samui and Chiang Mai experienced no ill-treatment by Thai people, red shirt or yellow shirt – yet this was never publicised.

It is also important to understand that the recent political violence was most uncharacteristic of Thais. We all know Thai people to be warm, friendly, peace-loving and extremely welcoming to foreigners with genuine hospitality. I also know that Thais take great pride in the resilience and strength of their nation.

Abhisit managed to become prime minister in late 2008 only after the courts dissolved the governing party aligned with former Prime Minister Thaksin Shinawatra. A central demand of the red-shirt protesters was that Abhisit call a general election to test his government’s legitimacy.

Talk of an early election is now off the table. According to the constitution, an election is due by the end of 2011 although some analysts suggest that such a poll could be delayed.