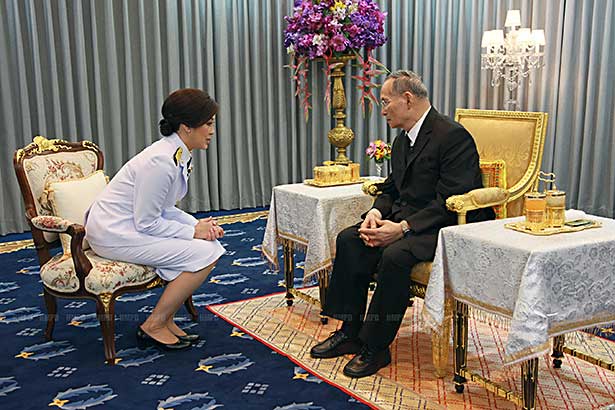 Prime Minister Yingluck Shinawatra has emphasized certain major policies in the Government’s policy statement to be presented to Parliament soon.

The final draft policy statement was approved by the Cabinet, during its meeting on 16 August 2011, when the Secretary-General to the Cabinet, Mr. Ampon Kittiamphon, was assigned to hold a press conference on the results of the Cabinet meeting.

According to Mr. Ampon, the first emphasis is the adoption of the Sufficiency Economy philosophy to national administration. The philosophy, initiated and developed by His Majesty the King, consists of three components: moderation, reasonableness, and a self-immunity system. Sufficiency Economy will help lead to well-balanced and sustainable development.

According to Mr. Ampon, the first emphasis is the adoption of the Sufficiency Economy philosophy, initiated and developed by His Majesty the King, to national administration.

The second emphasis involves four urgent policies to be implemented in the first year of the Yingluck Shinawatra administration. The first urgent policy seeks to promote harmony and reconciliation and uphold the democratic system. The second one calls for serious anti-corruption efforts in the public sector.

The third urgent policy seeks to tackle the drug problem, which will be included in the national agenda. The problem will be handled through legal measures and the active participation of the people and the community. Drug addicts will go through a rehabilitation process.

The fourth policy seeks to restore peace in the southern border provinces, in response to the wishes of Her Majesty the Queen, who voiced concern over the southern troubles in her speech on the eve of her 79th birthday on August 11. The southern situation will be brought under control, based on His Majesty the King’s advice to “understand, reach out, and develop.” Another emphasis is to strengthen relations and promote cooperation with neighboring countries.

Regarding the economic issue, Prime Minister Yingluck pointed out that the global economy remained volatile. So Thailand should not depend heavily on exports, but should turn to focus more on the national economy. She said that her administration would attach great importance on stimulating income generation and reducing expenses among the people. As for the solving of inflationary pressure, she said, the Government has several measures to deal with this problem. However, greater attention should be given to economic stimulation, as well.

After the Government presents its policy statement in Parliament, it will look into preparations for the royal cremation for Her Royal Highness Princess Bejaratana and for the celebrations of His Majesty the King’s seventh cycle, or 84th, birthday anniversary this year.

via Inside Thailand — Major Policies to Be Emphasized in the Government’s Policy Statement.