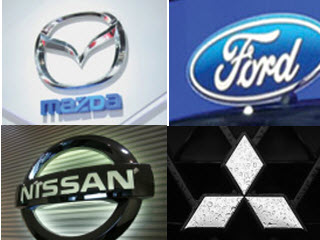 Leading Japanese automakers on Monday announced the partial resumption of production in Thailand after being forced to halt operations for over a month due to the country’s worst flooding in decades, which disrupted their parts supply.

Mitsubishi Motors Thailand president Nobuyuki Murahashi said his factory suspended production from Oct 14 through yesterday Nov 13 and lost the ability to produce 23,000 units.Production resumed today, he said, and the plant will operate seven days a week beginning in January, with and 15,000 units targeted for production by March. Even with the weekend workdays, he said, the company faces a loss of 8,000 units. The company earlier targeted the production of 250,000 units for the year 2011, he said.

Another positive development for the local industry is that more parts and components suppliers based in Japan are considering relocation to Thailand to avoid tsunami and yen appreciation concerns. An influx of the small and medium enterprises or SMEs would spur greater growth in Thailand’s bustling automotive industry and expand local capability. Thailand stacks up as a perfect investment site for these automotive parts suppliers, as they could carry out production here at lower cost, without interruption and in proximity to their major customers.

Clean-Up and Rehabilitation Plan Start in the Ayutthaya Industrial Estates