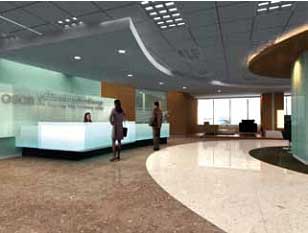 The Minister of Industry, together with BOI and public sector, meet with the Joint Foreign Chambers of Commerce in Thailand (JFFCT) to discuss cooperation with an aim to boost investors’ confidence and investment environment.

M.R. Pongsavas Svasti, Industry Minister, said that the meeting with JFCCT, held by the BOI, was an attempt for the government to express its commitment to supporting foreign investors and enhancing investment climate. The meeting opened the opportunity for the foreign chambers of commerce to express their opinions, concerns and advices. At the same time, the government would answer investor’s concerns.

JFFCT asked the government its support on skill development, promotion of technical skill workforce and improvement of logistics system, to encourage a growth in future investments. The government’s positive reaction gave the JFFCT satisfaction and opened the debate on the measures needed to keep foreign investor’s trust.

The concerns of the JFCCT addressed were the necessity for better investment environment, and possible measures of improvement towards a “modern, simplified Thailand” were indeed demanded. Labor shortage, skill development as well as vocational workforce enhancement and logistics system improvement in the Eastern Seaboard for future industrial growth were the main concerns expressed.

If the projects continue to invest in the same province that was affected by the flood, then tax will be waived at a rate of 150% of the new investment plus the effective value of the tax exemption they are already eligible for.

For example, if a company within its eight-year window of corporate tax exemption invests 100 million baht to reinvest in the same province, then it can claim 150 million baht off its tax liability for the rest of its promotion period.

Tax exemption for those relocating plants to other provinces will be 100% of investment plus the effective value of the tax exemption.

Mrs. Atchaka Sibunruang, Secretary General of the BOI, added that the BOI would bring concerns and issues raised at the meeting for consideration and future improvement or pass them to concerned government agencies. Key concerns raised by the JFCCT are, for example, labor shortage, skill development, vocational workforce enhancement, logistics system improvement in the Eastern Seaboard for the future industrial growth.

The BOI also took this opportunity to update investors on various promotional measures, including the improvement of conditions and incentives for certain sectors to better suit their needs and the changing economic situation.

Metal products, machinery and transport equipment attract the highest interest from investors, followed by the electronics and electrical appliances business, chemical products, paper and plastic, and finally the service and public sector.

To this day, Japan, the US, Switzerland and Singapore remain the top investors in Thailand.