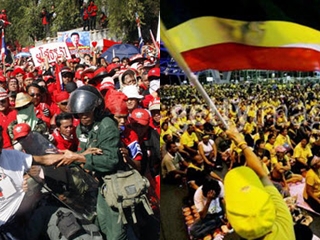 She said that compensation would be divided into two categories, money for mental health treatments and money for other costs. The premier stressed that all groups would be entitled to receive compensation, including those who occupied the two airports and personnel from state security agencies. However, while another committee will take responsibility to consider compensation and assisting victims of violence in the southernmost provinces, the criteria would be based on similar principles.

She said the Ministry of Foreign Affairs will coordinate with families of foreigners killed in the political violence to inform them of the compensation as their statutory heirs would be entitled to compensation. Meanwhile, Prime Ministers Office Permanent Secretary Thongthong Chantarangsu, in his capacity as head of the sub-panel responsible for considering the remedial efforts of political protests, said compensation would focus on the public, government officials or media members who died, were disabled or otherwise injured during the political incidents between late 2005 and May 2005 and May 2010.