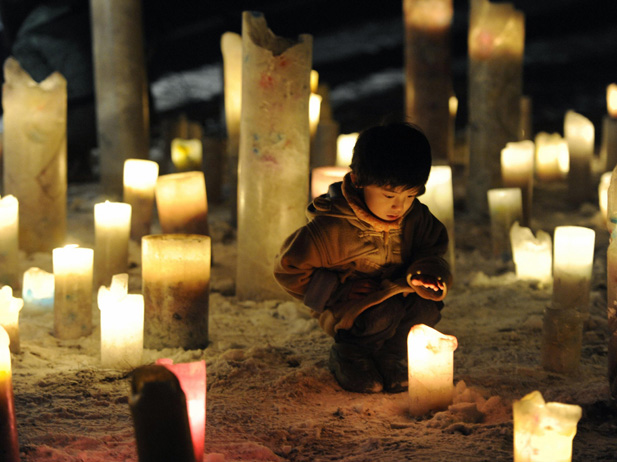 Yesterday, the Japanese people remembered the tragedy of March 11, 2011 as the nation looked back on the year since a devastating earthquake and tsunami struck the northeastern Tohoku region. A large public ceremony in Tokyo included the emperor and empress of Japan as well as Japan’s prime minister, Yoshihiko Noda, and his cabinet.

Criticism of the slow pace of national government action on behalf of these communities has been widespread over the past year.

Elsewhere, I have written of the broader political and economic challenges Japan confronts, challenges that have become vastly more acute as a result of the March 11 disasters. Yet today it is important to note where Japanese attention has focused.

Throughout these weeks leading up to March 11, the Japanese media as well as the global media have focused on the public policy agenda that these natural disasters created. The immediate focal point, of course, is the reconstruction of Tohoku’s devastated coastal communities. Included in these are the communities evacuated because of the nuclear reactor meltdowns at Fukushima Daiichi power plant. Beyond that, it is Japan’s nuclear energy sector that has come under the most intense scrutiny.

Criticism of the slow pace of national government action on behalf of these communities has been widespread over the past year.

This week most of the Japanese commentary highlighted the administrative bottlenecks and decision-making paralysis that seemed to keep the central government from pressing forward with reconstruction. The Sunday Debate show on NHK hosted Minister Tatsuo Hirano of the newly created Reconstruction Ministry and Minister Goshi Hosono, now minister of the environment as well as the cabinet lead on nuclear cleanup at Fukushima, who came forward to explain the immense scope of disaster management Japan confronts. Yet in the parliament on Monday, both ministers argued the need for greater responsiveness and intervention by the central government in processes that have traditionally rested on the shoulders of local governments.

As Japan struggles to understand how to interpret the lessons learned over this past year, it is imperative to remember that March 11 presented one of the world’s most advanced industrial democracies with a crisis of unprecedented complexity. What Japan did right in the wake of that disaster is equally important to remember as what needs to be improved, and this pertains to non-governmental responses as well as national and local government response.

The nuclear meltdown at Fukushima Daiichi added another dimension to the complexity of the crisis.

As former prime minister Naoto Kan and former U.S. National Security Council director for Asia Jeffrey Bader explain in their ForeignAffairs.com essays, it was the third of Japan’s “triple disasters” last March that made it so terribly difficult to manage. Thus Japan’s experience offers much for those outside of Japan to consider and absorb. It could so easily have happened to us.