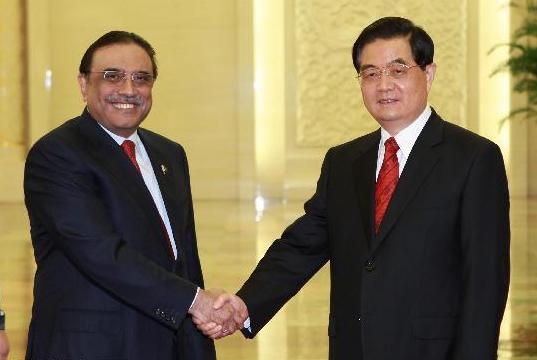 Islamabad’s embarrassing rhetoric towards Beijing is a sign of strategic desperation The playing off of two stronger patrons by a smaller or weaker country is a time-honored tactic in international politics.

So it is no surprise that Pakistan seeks to create geopolitical leverage by nuzzling up to China whenever a downdraft occurs in its relations with the United States.  But Islamabad’s current approach to Beijing is striking on two counts. The first is the profusion of fulsome, even embarrassing, metaphors that Pakistan issues in an attempt to inveigle China.

The second is how ineffective the sweet talking has been in enticing Beijing to attach itself ever closer to the Islamic Republic, or in spurring Washington into fits of jealousy. Power politics and well-placed flattery have always been central features of Islamabad’s diplomacy.  Thus Ayub Khan, the military ruler in the 1950s, secured vital U.S. security assistance to the fledging Pakistani state by boasting about how it played the role of Washington’s “most allied ally” in Asia. But consider how over the top Islamabad’s rhetoric vis-à-vis China has become in recent years.

Prime Minister Yusuf Raza Gilani has the bizarre habit of waxing lyrically about ties with Beijing.  In his usual formulation, the relationship is one that is “higher than mountains, deeper than oceans, stronger than steel and sweeter than honey.”  He repeated this curious phrase last week when he made a brief visit to the Chinese port city of Tianjin and then once more in a subsequent meeting with Executive Vice Premier Li Keqiang on the sidelines of the Bo’ao Forum for Asia, an annual conclave on the island of Hainan that some dub “Asia’s Davos.”  For good measure at the latter event, he added a profession of strategic allegiance: “China’s friend is our friend, and China’s enemy is ours” and Pakistan “considers China’s security as our own security.”

Pakistan Looking for Love but Bereft of Suitors