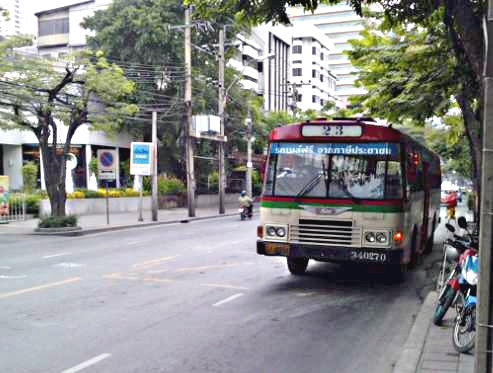 The Cabinet on Tuesday extended free third-class train and non-air conditioned bus services to the low-income Thai public for another five months to help reduce their cost of living, and Prime Minister Yingluck Shinawatra convened a meeting with economic ministers and other relevant agencies to deal with the rising cost of living and ongoing inflation.

Deputy Transport Minister Chatt Kuldiloke said that free rides on third-class trains and regular non air-con buses will last through Sept 30. The free transport measures ended April 30.To continue helping low-income earners, the free ride will cost the government some Bt1.66 billion as compensation for Bangkok Mass Transit Authority BMTA and State Railway of Thailand SRT.The measures began in 2008 during the administration of the late former prime minister Samak Sundaravej to assist low-income earners.Under the free transport measures, the BMTA will provide 800 buses per day for free rides while the SRT will run 164 rail trips daily.Meanwhile, Ms Yingluck convened a meeting with economic ministers and other relevant agencies in the afternoon to review the economic situation and handle the rising cost of living, which has been affected the consumers.