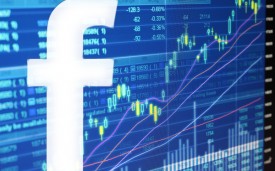 Facebook’s initial public offering is off to a less than spectacular start, to put it generously. The stock closed at $31 on its third day Tuesday, down 18% from its initial offer price of $38, which valued the company just above $100 billion.

Facebook’s revised IPO prospectus, and the relatively poor performance of other social media stocks in 2011, may have further dampened investors’ enthusiasm for the stock.

After Facebook’s stock closed flat its first day, investors and media began to speculate whether Facebook’s initial offer price was too high. Others argued that momentum was damaged by Nasdaq’s technical difficulties, which delayed buying by a half hour, as well as by a report that General Motors was planning to pull its Facebook ads just days before the IPO.