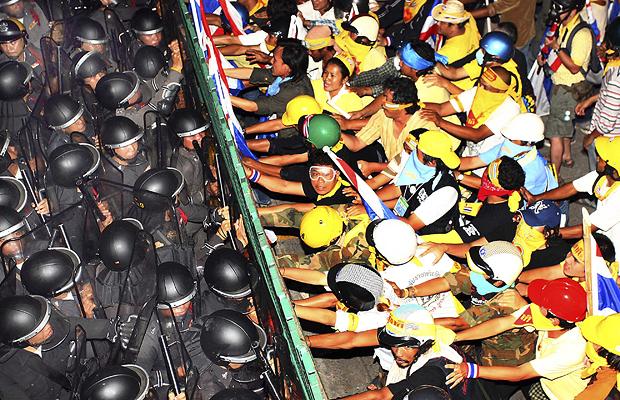 There’s never a dull moment in Bangkok. As I recently reported, rumblings of a coup are gaining traction. The atmosphere in the city is becoming eerily similar to when Yellow Shirt demonstrations took hold in 2008. Protests, albeit of a small variety, are beginning to sporadically pop up.

The main difference today is that the military, for the time being, is standing on the sidelines, unwilling to become involved.

However, animosity between the two main political parties is at its highest levels since the 2009 crackdown on Red Shirt protesters which ultimately resulted in more than 90 deaths and the Thai capital being set ablaze.

The main point of contention now is the return of Thaksin Shinawatra, the former Prime Minister who was ousted in a bloodless coup in 2006.

His sister, Yingluck Shinawatra, is the current Prime Minister, but it is widely believed that Thaksin, who lives in self-imposed exile after being convicted in absentia for corruption and graft, is the man behind the curtains in the current administration.

The ruling Pheu Thai Party which represents, in general terms, Thailand’s poor, rural majority, has been favoring an amnesty clause for several actors involved in the 2006 coup and resulting protests. This would, theoretically, absolved Thaksin of his convictions — which he has always maintained were politically motivated — and allow him to return to the country.