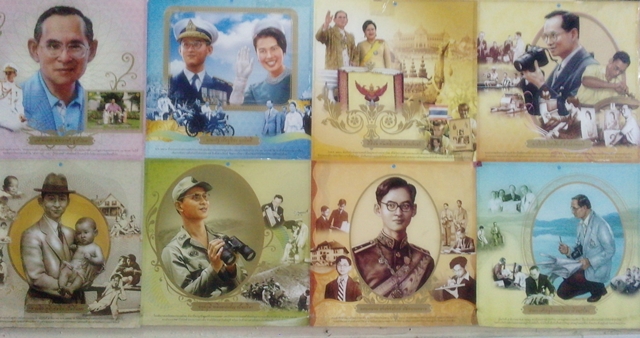 Thailand has strict “lese-majeste” laws that prohibit the expression of criticism against royalty in both print, television, radio and Internet media. The law punishes violators with jail time up to 15 years for insulting the king, queen, or heir. A petition signed in 2009 has failed to change Article 112, the lese majeste law in Thailand, but has contributed to bringing the discussion to the international table, said panelists on Tuesday.

“We have failed“, said Professor Andrew Walker, who co-announced the petition three years ago. “There has been no substantial reform” with regards to 112, and “the situation has gone from bad to worse“, he said.

The number of people convicted under the lese majeste law has increased in the years since the petition, and the death of Ampon Tangnoppakul in prision in May, charged for text messages alleged offensive content, was a shock for the public.

Thailand has strict “lese-majeste” laws that prohibit the expression of criticism against royalty in both print, television, radio and Internet media

According to the law, defamation and insult of members of the monarchy or of the institution itself are punishable by up to fifteen years of imprisonment.

Despite the failure to reform 112, professor Tongchai Winichakul, who announced the petition together with Walker, said the campaign helped “raise awareness and bring the issue to the worldwide agenda.”

Signed by leading figures in human rights and academia and directed to then prime-minister Abhisit Vejjajiva, the petition requested the removal of Article 112 from the Constitution, urged for the release of prisoners held under the law and demanded greater freedom of expression.

Why has reforming the law failed?

“There is no electoral benefit in embarking on a reform of 112”, said Walker, to explain why prime-minister Yingluck Shinawatra has not moved toward changing the law. “It is not one of the aspirations of her political parties as there are no votes in it”, he said.

Campaigning for the abolishing of Article 112 has also been confused with campaigning for the end of monarchical institution, and this has been met with fear. Winichakul emphasized the need to distinguish between these two political positions.

“People want a reasonable discussion, they want to make sincere comments, but they cannot”, he said.

Some also argue that the article is necessary to protect the monarchy, when in actuality, it has been a threat to the image of the royal family, said Ms Chiranuch Premchaiporn.

She was recently found guilty with a suspended sentence under the Computer Crimes Act for not removing supposedly lese majeste comments from a website.

Abuse and misuse of Article 112

The poor condition of the judicial system in Thailand means innocent people are being wrongly held for accusations of lese majesty related crimes, according to Premchaiporn.

“Article 112 is an effective weapon to target those with different views”, she said.  “Article 112 will change when this country comes close to democracy”, said Dr Chaichana Inkawat, professor of Political Sciences at Rampkhamhaeng University.