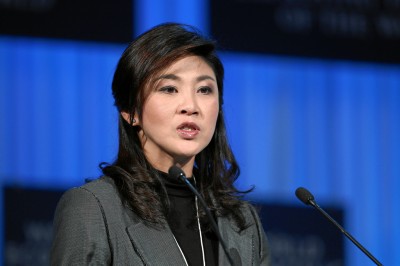 Photo: World Economic Forum In the latest twist in the increasingly violent saga of Thailand’s southern problem, last month’s triple bomb blast in the province of Yala highlighted another failure of the administration of Yingluck Shinawatra’s eight-month old government: the campaign vow to grant the three southern provinces of Yala, Pattani, and Narathiwat ‘special administration zone’ status. Much like the rest of her first year in office, this issue was big on rhetoric and small on action. In August, when Ms. Yingluck was being inaugurated as the first female Prime Minister in Thailand’s history, I wrote that her stump speeches in the heart of Thailand’s largely Muslim south were cause for much optimism. This was especially so considering that her brother, and former Prime Minister Thaksin Shinawatra, had left a legacy of hostility with respect to his southern policy. The Muslim south has spawned several insurgent groups over the years, the most notable being the Pattani United Liberation Organization (PULO). No group has claimed responsibility for the latest attack on March 31st which ultimately killed fourteen and wounded hundreds more. But it fits the pattern of acts of terror which have become the hallmark of some of the armed groups in the region, formerly an Islamic sultanate until annexed by the Kingdom of Siam in the early 1900s. However, it would be overly simplistic to label this as just another religious conflict: Muslim extremists waging war against a primarily Buddhist country. This is more of an economic struggle; the conflict is about the land, after all, and who has control of it. Groups like the PULO have called for total independence from Thailand, but they have also showed a willingness to negotiate. It was the hope of many observers that Yingluck would be the one to deliver to the southern provinces the title of ‘special economic zone’ which would signify autonomy more so than independence. It is the same status endowed to the capital city of Bangkok. It was a promise met with some hope when Yingluck was campaigning in the south of her country in the run-up to the July 2011 elections. There, Muslim women serenaded her with chants of ‘yamila,’ or beautiful girl. Last month’s bombing was certainly an act of terror, but it also shows the extent to which Yingluck has failed to follow through on some of her campaign rhetoric as well. Additionally, the tragic event in the hub of the region’s commercial capital has unleashed a Pandora ’s Box of questions. How will the military respond? Thaksin was overthrown in 2006 by the army, and Yingluck’s relations with the military are uneasy. The military might want to respond more forcefully in the south than Yingluck and her advisors want to. Will this bombing negatively affect the country’s tourism industry? Tourism is a huge source of income for Bangkok, representing roughly 6% of GDP. But between the massive flooding problem which inundated large swaths of the country last Fall, large scale street protests between a segregated electorate based on class, and now more violence and uncertainty in the south, many tourists may decide to go some other place, less on edge. Lastly, will large scale terrorism begin to take a more firm root in Thailand? The south has had problems for decades, and there was also a botched bombing in Bangkok back in February, blamed on three Iranian men. It’s a troubling trend for a country known by both locals and tourists as the “Land of Smiles.” Yingluck has been particularly weak on several of these issues. If she doesn’t begin to take a firmer stand and elucidate her policies in coming weeks, her governance problems are sure to be augmented.

Southern Thailand: Another Failure for Yingluck