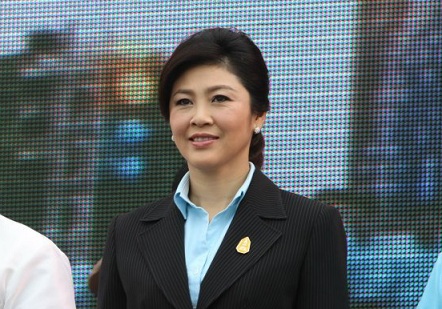 Prime Minister Yingluck Shinawatra will leave Bangkok this afternoon for an official visit to Germany and France today through Sunday to strengthen ties between Thailand and the two European countries.

Ms Yingluck begins her European tour in Germany from July 17 to 19 as a guest of Chancellor Angela Merkel.

The visit is significant as it is her first official visit to a European country since taking office and marks the 150th Anniversary of the establishment of diplomatic relations between Thailand and Germany.

During the visit, Ms Yingluck will meet bilaterally with Ms Merkel, a driver of the effort to tackle the current debt crisis in Europe.

The Thai prime minister will also meet with a group of members of the German parliament as well as with representatives of German political foundations that have worked for decades to empower the Thai people on issues such as democracy and good governance.

In addition, Ms Yingluck will give a keynote speech at a reception to commemorate the 150th Anniversary of the establishment of diplomatic relations between Thailand and Germany and will meet with the Thai community there.

Apart from Berlin, the premier will also visit the State of Brandenburg, to observe Feldheim, an example of villages that are designed to be self-sufficient in terms of their renewable energy usage, and the Brandenburg Regional Competence Center, one of Germany’s leading centres of the dual education system, aiming to emulate the success of German skilled labour development to better prepare the Thai workforce to compete with the ASEAN Community in 2015, according to an official statement posted on the foreign ministry’s website.