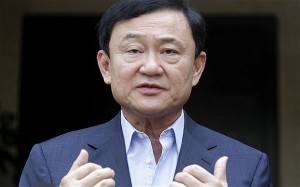 The return of former Prime Minister Thaksin Shinawatra to Thailand appears to be a formality at this point; a question of when, not if. It was inevitable as soon as the polls closed in Thailand’s last election this past July which saw Thaksin’s reincarnated Pheu Thai party, headed by his sister Yingluck, emerge victorious on a tidal wave of support from the country’s rural hinterland.

Thaksin has been in self-imposed exile after being overthrown in a coup in 2006. He was subsequently prosecuted and convicted in abstentia of corruption and graft and given a two year prison sentence. This past December, Thailand’s Foreign Minister, Surapong Tovichakchaikul, announced that he had planned to issue a new passport for Thaksin. Such a move would allow the former head of government and telecommunications billionaire to return home and, in all likelihood, for him to see his prison sentence commuted by his sister.

The consequences of such a political power play could be significant. Thailand’s political system has been defined by coups and, more recently, protests, since the country’s transition to constitutional monarchy. Thaksin’s ouster in 2006 touched off a series of events which saw both supporters and opponents filling the streets at different times. Airports were shut down, the tourism industry was crippled, and over one hundred people were killed in violent clashes with the state’s security services.

Will Thaksin’s return spur similar events? The pro-monarch Yellow Shirts, members of the Bangkok elite, took a trouncing in the elections this past summer, but have consistently proven that they are strongly organized and willing to come out and demonstrate against pro-Thaksin forces. The opposition Democrat Party, for its part, has already called for Yingluck’s impeachment over the matter of her brother’s passport. Her first six months in office have hardly been smooth sailing for Yingluck. There was of course her bungled response to the devastating floods to hit the region this past fall. Now the Democrats, recovering from their heavy electoral loss, are finding an old issue to rally behind in an attempt to sandbag Yingluck’s young government. Thaksin remains a lightning rod for controversy in Thailand, and this looming showdown between opposing forces will be sure to make for great drama in Thailand in the months to follow.