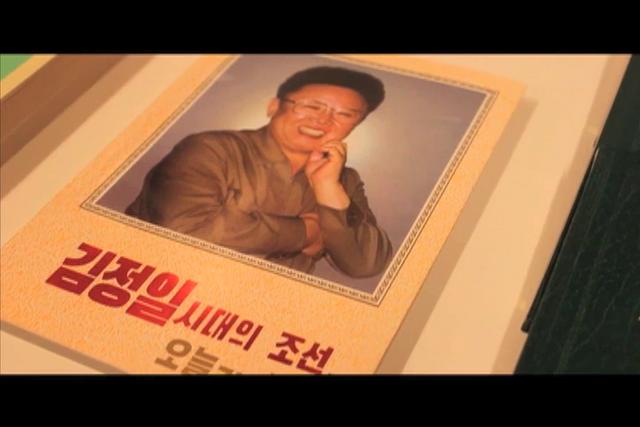 The late Dear Leader on the cover of the menu at Pyongyang Restaurant.Photo: Vimeo I step through the doors of the packed out Pyongyang restaurant on Monivong Boulevard in Phnom Penh and catch the eye of a very beautiful young Korean waitress. She traverses the crowded dining room and comes over to me with a bright smile on her face. “Table for two?” she asks, seeing my friend behind me. Despite my propensity to act cool in uncomfortable situations, I utterly fail on this night. I stutter initially, taken aback by her English, give her several nods of the head accompanied by my boyish grin and fall into line behind her not saying a word. North Korea. The name of the country alone usually elicits a shake of the head from most Westerners. This is not due to the people of North Korea, however. This is due, naturally, to the autocratic – and at many times, bizarre acting – political leadership of this isolated nation. To be fair, I am not in North Korea. I am in a North Korean government-run and operated chain restaurant in the Cambodian capital, one of several located across Southeast Asia. The restaurant offers a variety of dog meat dishes and soups, and is heavy on oxtail as well. Each meal comes with a hefty side portion of steamed rice, a paradox of sorts for an eatery named after a country which suffers from calamitous food shortages. However, the food is the last reason I chose to patronize the establishment. The natural curiosity to interact with North Korean citizens and perhaps gain insight into their attitudes and beliefs was too good of an opportunity to pass up because of misplaced Western apprehension. The waitress, her name was Ru Mun Ok according to her name tag, smiled at my friend and I throughout the night as we pillaged our way through two plates of barbeque chicken and kimchi dumplings surrounded by mostly South Korean diners. After we finished eating, and after we finished watching some truly remarkable stage performances including traditional Korean dance and music routines, I called her over. “Where in North Korea are you from?” I asked. “Pyongyang,” she responded. “Have you ever seen an American in the restaurant before?” “No,” was the one-word reply. “Do you know who owns the restaurant?” “My boss,” she said, pointing to the corner of the dining room. “Why did you come to Cambodia?” “Internship,” she answered. At this point, I did not really see a point in continuing a discussion into anything serious about her fatherland, so I simply thanked her for the meal and asked for the check. One gets the sense that there is something strange going on in the restaurant. Rumors abound that the women (there were no male wait staff that I observed) are not permitted to leave the grounds unaccompanied by a chaperon of sorts. Others have asserted that the restaurant is used as a front for a money laundering scheme. Whether that is true I don’t know. North Korea is such a misunderstood and confusing place that it’s not a stretch to think that no one really knows what is going on. It is a fundamental concept of international relations that country X never knows the intentions of country Y. This is true even of allies, to say nothing of a country which was lumped into the “axis of evil” by the U.S. government. Perceptions, intentions, and miscommunications: these are all too common factors in the West’s dealing with the North Korean regime. But in a country that is so shrouded in secrecy and mystery, it makes the job of international negotiators and diplomats that much harder. Thus, gaining an accurate understanding on the “Hermit Kingdom” has been a virtually impossible task for Western governments, which in turn leads to even more mistrust. As stated before, most of the patrons are South Koreans, and they have no trepidation about running up on stage and singing Korean karaoke with the North Korean women. This is not surprising as many South Koreans favor reunification with the North. I was hoping to break down some of the stigmas and stereotypes of North Koreans myself as an American. Unfortunately, Ms. Ru Mun Ok was a bit too tight-lipped for my questions. Should this come as a surprise? Maybe not.

Inside North Korea (Inside Cambodia)