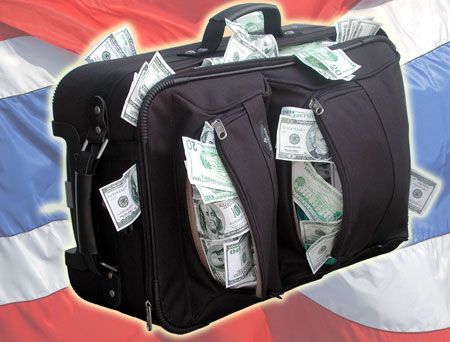 The Yingluck Shinawatra government has failed to deliver its promised crackdown on corruption, according to a poll at Bangkok’s Dhurakij Pundit University (DPU)

Asked if corruption is a vital problem for Thailand, 88.3 per cent of the respondents agreed that it was serious

The only anti-corruption alternative left is to strengthen the public sector, in cooperation with the media, to strenuously follow the performance of politicians and government officials while educating the public on the cancerous nature of corruption.

“Lessons learned from Australia, Singapore and Hong Kong prove that it is a curable problem if we persistently fight against it,”

The survey on corruption in Thailand was conducted Aug 26-Sept 4 and announced Wednesday on the eve of National Anti-Corruption Day. A total of 1,028 people in 20 provinces were questioned in the poll.

Asked if corruption is a vital problem for Thailand, 88.3 per cent of the respondents agreed that it was serious while 7.2 per cent said it was not and 4.5 per cent said they were not sure.

According to WEF latest report on competitiveness

After having fallen for six years in a row, Thailand (38th) halts the negative trend and improves by one place in this year’s GCI. Yet the competitiveness challenges the country is facing remain considerable. Political and policy instability, excessive red tape, pervasive corruption, security concerns, and uncertainty around property rights protection seriously undermine the quality of the institutional framework on which businesses rely heavily