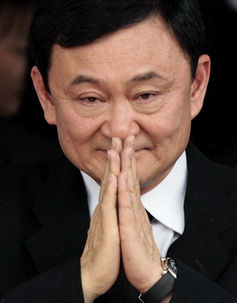 Former Chair of Amnesty International Thailand and once-Director of the Asian Network for Free Elections (ANFREL), now a prominent public figure and widely-respected and open-minded governor of  Thai Public Broadcasting Service (TPBS), she begins with a surprise confession.

‘I cast my vote for Thaksin Shinawatra in 2001. He was a fascinating figure: a wonderful new face, young, intelligent, a visionary businessman who didn’t come from the old political class. Many of us thought his business accomplishments meant he could succeed in modernising Thai politics.’

She goes on to explain that Shinawatra was an outsider, a rebel within the ruling oligarchy, the first top politician to hail from Chiang Mai province in the north of the country, near where the bulk of the Thai population live, many of them at or beneath the poverty line. ‘Shinawatra talked the language of these people.

His opponent, Abhisit Vejjajiva, was an Oxford graduate who spoke in generalisations, often so abstract that many citizens simply couldn’t understand what he was saying. From a modestly wealthy family, Shinawatra visited villages and temples. He learned to play the role of a populist. People felt they could learn things from him. He won their ears and touched their hearts.’