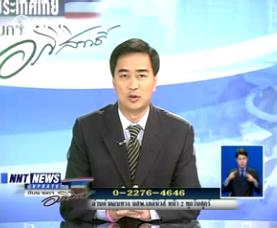 It is at once bizarre, slightly surreal, and somewhat Kafkaesque: The most recent ex-prime minister of Thailand, Abhisit Vejjajiva, and one of his former deputy premiers, Suthep Thaugsuban, charged with the killing of a taxi driver during the political unrest that rocked the country more than two years ago. The charges were announced the day after the 85th birthday of the nation’s beloved King Bhumibol Adulyadej.

The cab driver, Phan Khampong, 44, was shot to death in May 2010 by soldiers who opened fire as he was walking on the street. Abhisit and Suthep are charged because at the time they were, respectively, prime minister and director of the Center for Resolution of the Emergency Situation, a command formed to resolve the weeks-long protests by so-called Red Shirts, anti-government Thais who had taken over Bangkok’s central business district.

Abhisit’s Democrat party sees the charges as politically driven, and the PM says he was merely discharging his duty to maintain law and order.

“Democrat spokesmen think the evidence linked to Abhisit is not substantiated by any court,” former Abhisit spokesman Panitan Wattanayagorn told The Daily Beast.

“It’s unprecedented to charge two top policymakers, including the former prime minister, like this.” He likened the situation to charging President Obama with crimes in connection with his lawful execution of his role as commander-in-chief.

via Murder Charge Against Thailand Ex-Premier Designed to Force Compromise – The Daily Beast.