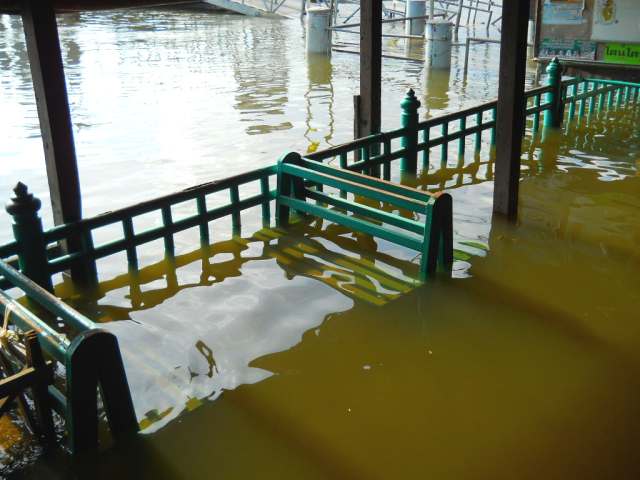 Climate change means 2011 disaster could be repeated, experts warn. There is no guarantee that Bangkok will not experience another flood like the 2011 disaster, given the threat of severe weather caused by climate change.

“No more blame game,” Professor Dr Thanawat Jarupongsakul, head of Chulalongkorn University’s Unit for Disaster and Land Information Studies, said. “The [next] Bangkok governor and the government should work together to solve the problem and cope with flood situations.

There is no guarantee that Bangkok will not experience another flood like the 2011 disaster, given the threat of severe weather caused by climate change.

“In 2011, a giant flood paralysed the capital with water rising as high as 2.5 metres in adjacent provinces. Millions of residents were affected and hundreds died. Many had to leave home for a few months and spent a great deal on renovation. Inner city areas – where the business centre is – were saved thanks to millions of sandbags and thousands of water pumps, but the Bangkok Metropolitan Administration was heavily criticised for not helping drain water from the northern provinces.

via City, National govt must work together on flood prevention – The Nation.

“Fortunately this year, the regions did not suffer from any major disaster, such as an earthquake. Asian disaster figures are low compared to other years and this is good news,”

said Dr. Debby Sapir, Director of CRED. “The 2012 figures show that floods and storms affected most people and caused most economic damages in the regions. Data also suggest that some high risk countries in the region have made significant progress in controlling disaster impacts. This means that preparedness and prevention measures can be effective,” she said.