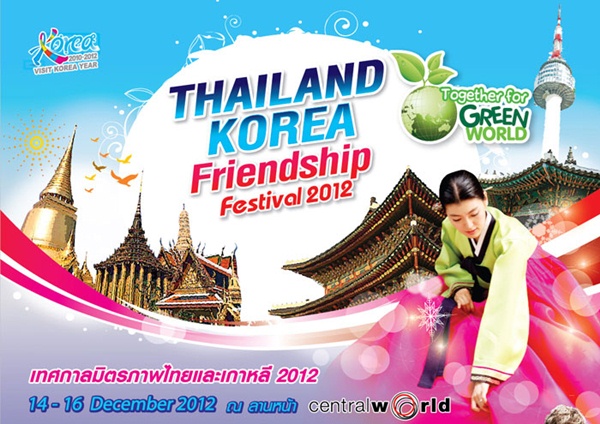 She paid a courtesy call on Park Geun-hye after South Korea’s first female president was sworn in. The two leaders discussed a variety of bilateral issues including cooperation in promoting the roles of women in the region.

Both leaders also agreed to study the possibility of the creation of an Economic Partnership Agreement aiming to increase trade and investment between the two countries by as much as Bt30 billion by 2016.

Korea and Thailand hope to conclude an extra free trade agreement on top of the deal Korea concluded with the ASEAN bloc in 2006.

Korea and Thailand hope to conclude an extra free trade agreement on top of the deal Korea concluded with the ASEAN bloc in 2006.

The FTA would mean that Korea will likely import more Thai agricultural produce and Thailand more Korean-made cars and electronics.

In an interview with the Chosun Ilbo on Sunday, Thai Commerce Minister Boonsong Teriyapirom said the two countries will start joint research this year about the benefits of a separate FTA. It will be possible for the two countries to cooperate more closely than Korea and the entire Southeast Asian trade bloc, he added.

He said Thailand has benefited less from the ASEAN-Korea FTA than its neighbors and wanted to sign a separate free trade pact from the beginning.

Boonsong was in Seoul to attend President Park Geun-hye’s inauguration on Monday.

The agreement is expected to cover the investment expansion by South Korean companies in Thailand in the automotive, metal, and energy industries, as well as in infrastructure projects in order to enhance Thailand to become the hub of regional connectivity and ASEAN.

Ms Yingluck also invited Ms Park to attend a high-level meeting on Asia-Pacific Water Resources, to be hosted by Thailand in May.

A South Korean firm, K-water, is one of the private companies selected in a preliminary framework for a sustainable water management system to solve Thailand’s chronic flood problems.

Foreign ownership of South Korea’s listed stocks reached a record high level on the back of growing optimism for an economic recovery, the stock market operator said Tuesday.

Overseas investors held shares worth 420.4 trillion won (US$387.2 billion) in the country’s stock markets as of Wednesday, up 2.3 percent from 410 trillion won tallied in end-2012, the Korea Exchange (KRX) said.

Shares listed on the main bourse accounted for 97.6 percent of the combined foreign investment, while foreigners also held stocks worth 9.9 trillion won in the tech-heavy KOSDAQ market, according to the KRX.

It marks the first time that the foreign ownership of local shares has exceeded the 420 trillion won mark.

Market watchers said the increase is attributable to the country’s strong economic fundamentals and improved profitability of local companies.

“While a foreign sell-off weighed on the stock market last month, overseas investors have scooped up South Korean shares since the second half of 2012,” said Lim Soo-kyun, an analyst at Samsung Securities Co.

Foreign investors’ net selling of local shares came to 1.8 trillion won in January on the main bourse, apparently due to the volatile foreign exchange market, which dented the local firms’ business performance.

However, overseas investors turned net buyers of South Korean shares by scooping up a net 1.4 trillion won through Friday this month, as they had a brighter outlook on South Korea’s economy.