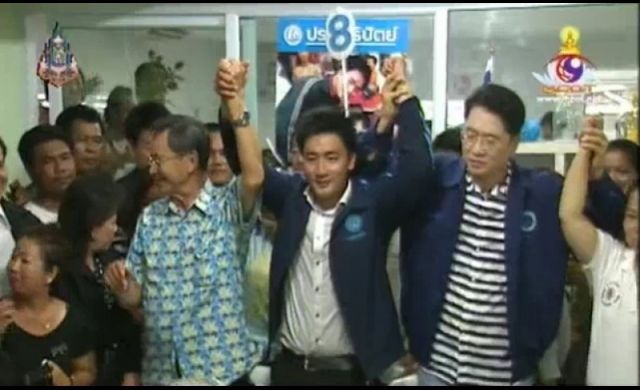 It was a historic victory for the Democrats, Thailand’s oldest political party, which has not carried the Don Mueang constituency in the last 37 years. Picture : MCOT News

The beaming Mr Tankhun thanked his Don Mueang supporters for their votes and said his obligations to the people in the constituency started immediately. He will be accompanied by Democrat MPs and other party personalities today when he further expresses his appreciation to Don Mueang residents for their support.

Mr Yuranant who resigned as a Pheu Thai party-list MP to contest the election said he appreciated every vote, even though he failed to win the contest. He said he had only 18 days for the election campaign while his rival has been working in the constituency for the last two years.

The by-election was organised after Pheu Thai MP Karun Hosakul, a long-time Don Mueang MP, was suspended by the court from politics for five years. (MCOT online news)