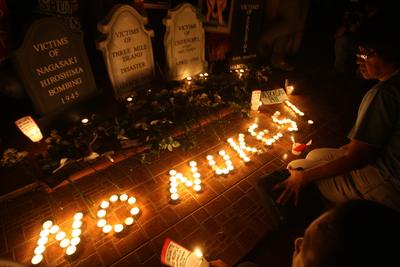 Southeast Asia is experiencing sustained economic growth and will continue to do so in the foreseeable future. A recent OECD forecast shows that the region is expected to achieve an annual average growth rate of 5.5 per cent from 2013 to 2017.

With economic growth comes the need to meet growing energy demands, and to address this challenge regional countries are showing an interest in nuclear development — but Southeast Asia has a long way to go yet before nuclear power can be considered a safe and viable option. Energy security is one of the biggest challenges confronting the countries in Southeast Asia as they continue to depend on energy imports to meet most of their energy needs.

In terms of nuclear plans and nuclear development, Vietnam is at the forefront, with a government announcement in February 2006 that a 2000 MWe nuclear power plant will be on line by 2020.

Thus, despite the Fukushima accident, some Southeast Asian governments remain determined to embark on a nuclear path, mainly due to concerns about climate change and sustainability, security of energy supply and energy mix diversification, and volatile fossil fuel prices. However, like any other newcomer to the nuclear energy field, Southeast Asian governments should deal with a number of issues relevant to the implementation of their first nuclear power programs. As the majority of the countries in the region are prone to natural calamities, site selection is of utmost importance. The prevalence of natural disasters in the region is among the main arguments of those opposing nuclear development. The Philippines is a classic example. The country’s BNPP was not launched because of safety concerns as the plant was built near major earthquake fault lines and close to the then highly active Mount Pinatubo volcano.