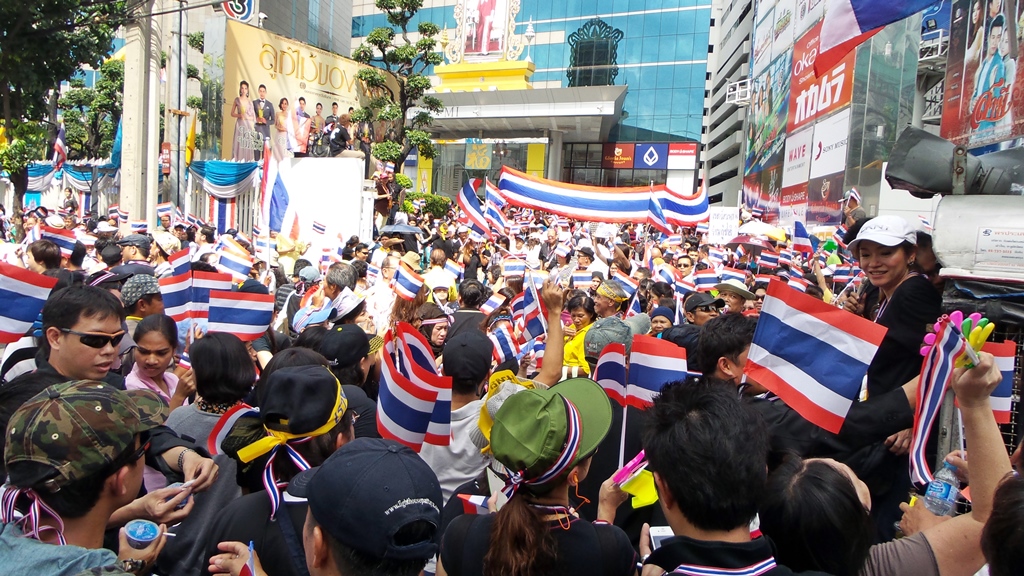 In an urgent speech broadcast on all TV channels, Ms Yingluck said the anti-government demonstration had become widespread, creating disturbances affecting the people and affecting national stability and public order.

She said it is necessary that laws are enforced to enable the government to carry on its administration, and protect public property and the people’s daily living.

The prime minister gave assurances that the government will never use force and will handle the situation according to universal standard.

She called on the state authorities to provide convenience to the public and gave her moral support to officials carrying out their duties.

The public should not support the outlaw demonstration, and should ignore rumours and cooperate with law-enforcement authorities in order to return the situation to normal as soon as possible, she said.

Ms Yingluck said the parliamentary procedure under democratic system should be followed to resolve the country’s problem and called on all factions to abide by the rule of law.

The government has listened to all parties in society to pave the way for reconciliation and peace in the country, she concluded.  (MCOT online news)