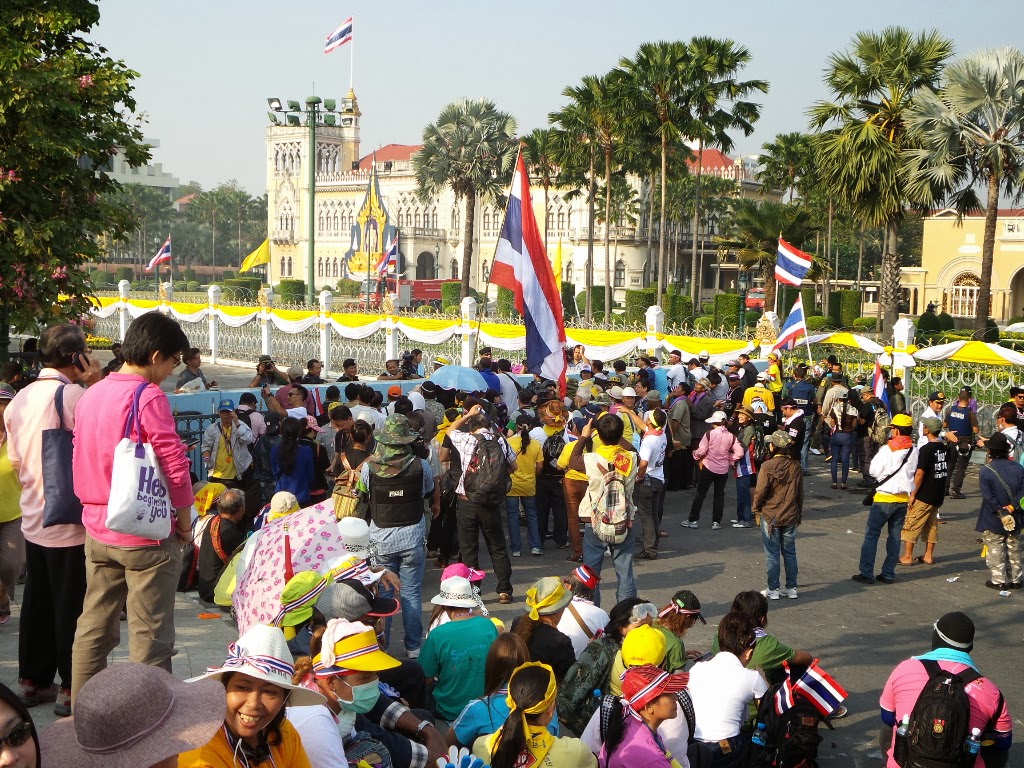 Thailand’s Prime Minister Yingluck Shinawatra on Monday announced the dissolution of the lower house of parliament, saying she wants to return power to the people amid the ongoing political conflict.

The decision came one day after the mass resignation of the main opposition Democrat Party MPs on Sunday and less than an hour ahead of the beginning of the anti-government protesters began marching to the premier’s office at Government House from nine locations across the capital.

The prime minister, in her televised address this morning, announced that she would dissolve the House of Representatives and will meet with the Election Commission to discuss holding a general election as soon as possible. The cabinet will act as a caretaker until the new cabinet is formed.

“The government has exhausted every means to solve the country’s political conflict but to no avail. The anti-government group and members of the opposition party opt to use non-parliamentary means instead.

The government has however implemented leniency in regards to the basic rights of people to prevent loss and avoid hurting the nation. Therefore the return of power to the people through a House dissolution and snap elections is [in accord with] democratic principles and internationally accepted,”

Protest leader Suthep Thaugsuban earlier asserted that today is the day for the Thai people’s victory, the crucial day of anti-government march and has reassured the protesters that they will not return home empty-handed.

Mr Suthep said the goal of the anti-government protest is to eradicate the Thaksin regime and create an unelected “People’s Council” representing people from all walks of life and professions to run the country.

Despite the premier’s announcement of a House dissolution and general election, former Democrat MP and one of the protest leaders Sathit Wongnongtoey told a crowd of protesters at Ratchadamnoen this morning that the protest will go on as the Cabinet still acts in a caretaker capacity.

Foreign Ministry on Monday cancelled a trip of foreign diplomats to the Government House to observe security arrangement as some protesters already arrived.

There were some 30 representatives from the foreign embassies and international organisations attending a briefing at the Foreign Ministry at 7AM about the political situation in Thailand.

Foreign Minister Surapong Tohvichakchaikul who conducted the briefing at first insisted to take the envoys to the Government House after the briefing.

However he later announced the cancellation after learning that some protesters already arrived at the Government House and police suggested that the diplomats may have problems on the way out of the compound.

Earlier former Democrat MP Ong-art Klampaiboon called for the ministry to review its invitation for foreign diplomats to visit Government House on the same day that the anti-government protest planned to lay siege to the venue,

“The foreign envoys are invited to Government House on [today], although the government is well aware the demonstrators will march and protest there. The government has to take responsibility if the envoys are trapped inside the compound during the protest,” he said.

National Security Council chief Paradorn Pattanatabut said the diplomats would be briefed about how the government and police planned to handle the rally. “They will learn that we deal with the situation in peaceful ways, without arms and according to international standards,” he said.