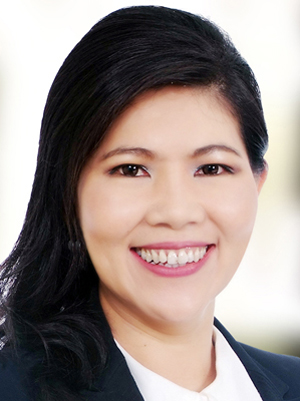 Thailand is sometimes quoted as the “teflon country” : the country has weathered numerous political crisis in the last decade, and can still manage to have its economy running smoothly. But  for how long ?

Real Estate investment in Thailand is still a popular option among investors, as even foreigners are getting used to Thailand’s upheaveals. But some of them are now worried about seeing the same situation over and over without any clear long term solution.

As Thailand’s economic growth softened throughout 2013 owing to the combination of lacklustre export figures, rising household debt and declining consumption and investment, long-standing political tensions flared up late in the year, further dampening the economic outlook for the end of the year into 2014.

While most economists expect the country’s GDP in 2013 to grow by less than 4% and are now revising 2014 forecasts downward, Bangkok’s property market made it through the year relatively unscathed, yet it is expected to feel the impact in 2014, according to Jones Lang LaSalle, a professional services firm specialising in real estate.

“The Bangkok property market finished strong in 2013 despite unfavourable conditions throughout much of the year. Demand across property sectors was robust, as reflected by both steady growth in selling prices and rents, as well as the successful introduction of new supply.

In the condominium sector, most of the new projects launched were well received by buyers, with those located near existing and under-construction mass transit stations achieving the highest pre-sales rates, according to Jones Lang LaSalle.

Average selling prices continued to grow in 2013, though the growth rate was less than in 2012 due to stiff competition as a good amount of supply remains available in the market.

Bangkok’s commercial property sectors performed well throughout 2013 as limited supply and strong demand drove occupancy rates and rents to all time highs in the office sector while the prime retail market is experiencing near-record high occupancy and rent levels.

“Strong fundamentals helped save the Bangkok property market in 2013. But at this point, it remains hard to predict where the market is heading in 2014. The major concern by most parties is on the current political turmoil. We have already seen property developers, owners, investors and occupiers becoming more cautious, with some of them adopting a wait-and-see approach. The fact that some property developers and owners have become reluctant to invest in marketing and promotional campaigns exemplifies this trend,”

“Though experience from previous bouts of political unrest that Thailand has faced over the last decade suggests that short-term impacts from individual incidents of unrest on the property market have been limited, there has been longer-term uncertainty created by these events, as is evidenced by the fact that growth in Thailand’s foreign direct investment has not kept pace with its ASEAN neighbours in recent years,” Mrs. Suphin continued.

“With all eyes on elections scheduled for February 2nd this year, the most important factor in the outlook for 2014 is how quickly and smoothly the current political situation is resolved,” she concluded.