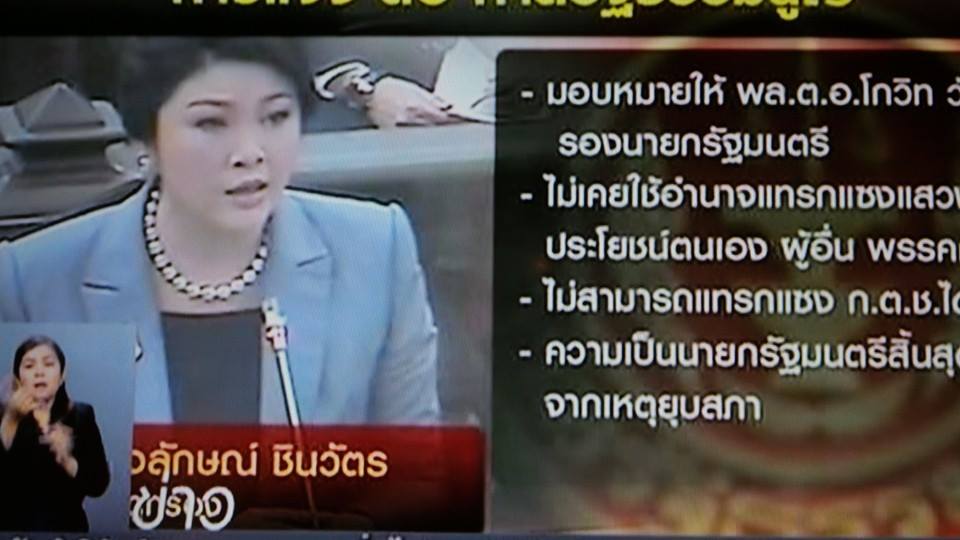 As the Constitutional Court today unanimously ruled that caretaker Prime Minister Yingluck Shinawatra was guilty, experts warns that political turmoil will cause Thailand to lose private investments worth billions of baht and lose around 30 billion baht of markets in ASEAN.

Att Pisarnwanich,  Director of the Centre for International Trade Studies CITS of the University of Thai Chamber of Commerce UTCC, revealed a recent poll  of Thai businessmen after the ASEAN Economic Community AEC  goes into action in 2015.

They viewed that at the moment, Thailand is like  a sick person.The country’s economy is growing at a slow pace,  while the political situation is unstable, and investors are losing confidence.

Thailand is now being branded as ‘the sick man of Southeast Asia’ given its low economic growth, unstable politics and lack of investors’ confidence, according to the University of the Thai Chamber of Commerce.Ath Pisalvanich, director of the university’s International Trade Studies Centre, said 480 out of 4,000 small- and medium-sized Thai enterprises have planned to invest in neighbouring Indonesia, Myanmar and Laos with a total investment of Bt77 billion.The political turmoil will compel other manufacturers to relocate from Thailand, he said, adding that about 1,440 Thai operators will possibly move their production bases to neighbouring countries.Thailand will lose investment opportunities equivalent to Bt46 billion from the relocations, which will be three times higher than the original move, he said.If the political impasse continues until next year, Thailand’s investors overseas will increase to 2,800 operators, at a total value of over Bt200 billion, or seven times higher. With this, Thailand’s loss of investment opportunity will be as high as Bt123 billion.

The industrial sector remains a victim of the political impasse

Confidence plummeting to its lowest in 57 months.

The fall was the lowest in the 57 months of decline, which started in July of 2009.

When taking the factors of the overall orders, sales, productions, and operation results of industries into account, the study showed that investors’ confidence remained to be weak because of the ongoing political turmoil.

This in turn, has caused the domestic consumption to slow down as could be clearly seen through the decreasing demands and sales of goods.

At the same time, the Office of Industrial Economics (OIE) presented the Production Index for the first quarter of 2014, saying that production growth for the year has decreased by 7 percent, while the production capacity utilization rate stands at only 61.79 percent.

In the meantime, the production index for March of 2014 is also seeing a decline of 10 percent in national markets, due mainly to the current political situation.

Kasikorn Bank president Theeranan Srihong said that the prolonged political turmoil and the state of having no government to run the country for over six months have caused many private companies in Thailand to seek investments in other Southeast Asian or ASEAN member countries, which Myanmar is topping the list.

Many businesses across Thailand will come to a halt while others will make necessary adjustments to pay their last respects to the beloved late King Bhumibol Adulyadej. END_OF_DOCUMENT_TOKEN_TO_BE_REPLACED
Loading...
Continue Reading