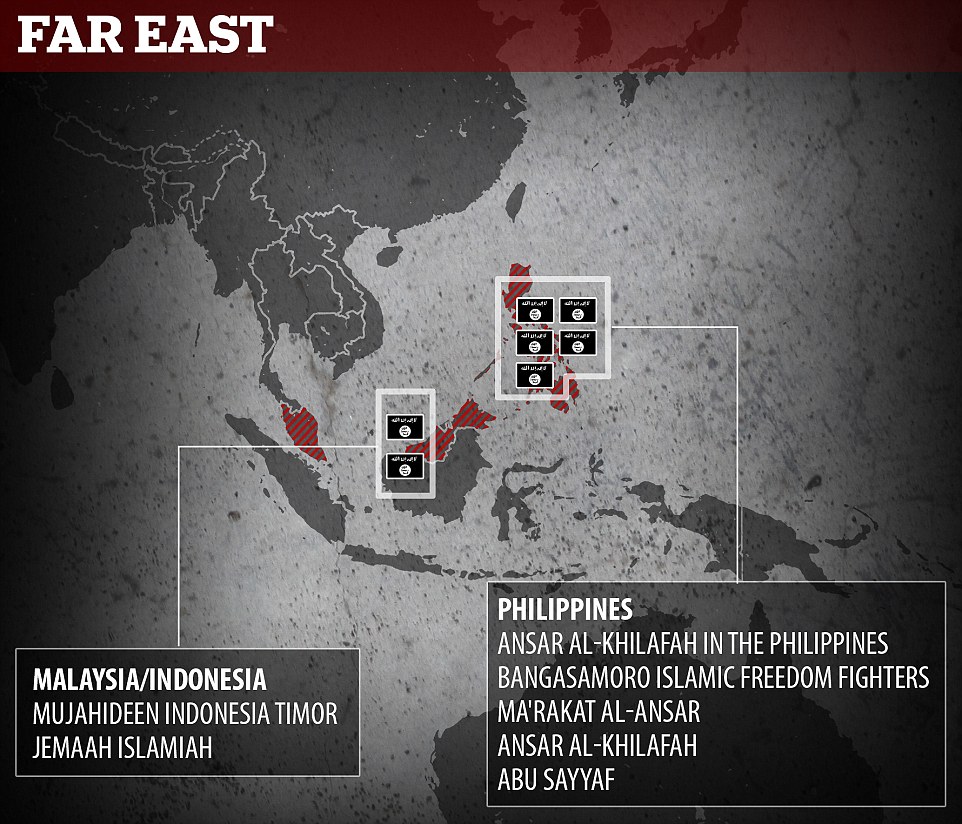 Within any Salafi-jihadist organisation there lies a debate over strategy: should the organisation target the enemy at home or the one further afield, like Western backers of the government?

In Southeast Asia this debate has erupted in recent years. The Al Qaeda affiliate Jemaah Islamiyah (JI) spent years engaging in sectarian domestic conflict before taking up a larger-scale international approach with the 2002 Bali bombings.

But that attack was largely at the impetus of Al Qaeda, and from 2003–09 JI only managed to perpetrate roughly one major attack against a Western tourist venue annually. And with each attack, more of the organisation was dismantled.

This provoked a debate within JI between advocates of the Al Qaeda line and proponents of a sectarian conflict-based strategy. Neither side prevailed. Despite attempts to bridge the divide and establish a training camp in Aceh, JI splintered in 2010, and became a more or less defunct organisation which was incapable of military operations.

The 2014 emergence of the so-called Islamic State (IS) revitalised terrorist networks in Southeast Asia. Since 2014, a number of IS-inspired attacks and plots have been perpetrated following recruitment efforts by Indonesian and Malaysian leaders in Raqqa.

But the majority of militants from the region still remain preoccupied with the far enemy and with joining IS. An estimated 1000 Southeast Asians have travelled to Iraq and Syria. Indeed, the fact that many travelled with their families, or ceremoniously burned their passports, suggests they had no intention of ever returning.

Many wanted to be part of the caliphate, attracted by IS promises and slick propaganda. Some simply saw themselves as being too weak at present to take on their government back home. Others perceived fighting with IS as a way to burnish their jihadi credentials and gain military skills before returning home to focus on the domestic enemy.

Groups and cells across Southeast Asia declared ‘bay’ah’ — an oath of allegiance — to IS leader Abu Bakr al-Baghdadi. But IS did not recognise any Southeast Asian cell or group until January 2016, when IS referred to Isnilon Hapilon of the Abu Sayyaf as ‘sheikh’, and called on other groups that had pledged ‘bay’ah’ to IS to fall under his leadership. That recognition allowed militants in the region to once again re-orient themselves towards the domestic enemy as they sought to establish a ‘wiliyat’ — a province of the caliphate.

This movement escalated following a mid-2016 video produced by IS central media that called on Southeast Asian recruits to travel to Mindanao or to engage in operations in the region if they could not travel to Syria.

The trip to Syria has become more perilous with greater international cooperation among security forces. Hundreds of Southeast Asian recruits had been turned back by Turkish authorities, including 430 Indonesians alone.The recent success of IS-pledged militants in tying down the Armed Forces of the Philippines for over two months will further attract followers and recruits. Sieging cities on two occasions, they have proven themselves as committed jihadists, willing to take the fight to the Philippine government.

Marawi demonstrated the utility of targeting the domestic enemy. That in itself will attract foreign fighters from Southeast Asia and further afield. And with the Philippine military weak and spread thin, more attacks make both tactical and strategic sense.

The pogroms from Myanmar will also provide a new pool of talent to recruit from and networks to penetrate. The ongoing sectarian cleansing against the 1.1 million Muslim Rohingya minority in Myanmar has led to the deaths of over 600 and the displacement of over 75,000.

The situation is growing more dire by the day with some 140,000 living in squalid internally displaced person camps, and over 40,000 others currently displaced by pogroms, much of which have been caused by Myanmar’s security forces.Indonesian authorities have now broken up two terrorist plots to blow up the Myanmar embassy in Jakarta. Recently, an armed militant group, the Harakat al-Islamiyah (HAY), has begun operations against Myanmar’s security forces, at the same time that IS has begun to reference the Rohingya in its (albeit diminished) media.

There are signs that HAY is trying to recruit from Rohingya refugees in Bangladesh, with a surge in arrests of Bangladeshi nationals across the region.The July 2017 decision by Indonesian President Joko Widodo to ban Hizbut Tahrir is also likely to inflame the anger of Islamist militants in Indonesia. While Widodo is rightfully concerned about conveyor groups — such as Hizbut Tahrir — the ban is likely to put the Indonesian government back in the cross hairs.

Source: Jihadism back from the dead in Southeast Asia | East Asia Forum