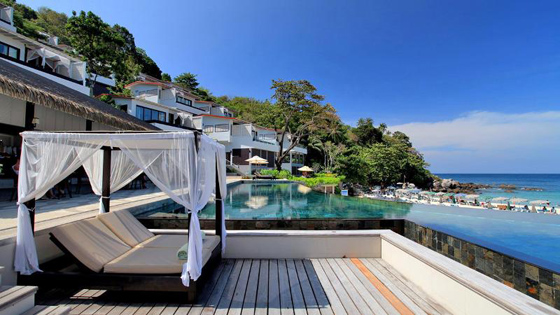 Hong Kong led Asia Pacific by volume of hotel investment transactions, with 11 deals worth a total of nearly US$1.5 billion in the year to September, according to the latest figures released by JLL. Japan and Thailand saw the second and third highest levels of activity across the region at US$1.2 billion and US$335 million in transaction volumes respectively.

Of the Hong Kong deals, several transactions have potential for conversion into residential or office space. Recently, hotel owners have been considering converting their assets given the strong demand for office space.

“For investors, Hong Kong hotels are appealing because of the discounted rate per square foot when compared to other asset classes, something that has been a factor in some recent transactions. Hotels such as J Plus Hotel has already been purchased for conversation, likely into an office,” says Mike Batchelor, Head of Investment Sales Asia, JLL Hotels & Hospitality Group.

Thailand has experienced another active year recording US$335 million in hotel transactions, led by the capital, Bangkok.

This is the highest total volume recorded since 2014. JLL acted as sole advisor on several hotel deals this year including the Premier Inn portfolio and Sukhumvit S27, selling for a combined US$111.5 million. Interest in Thailand is being buoyed along by the continuing stable political environment and relative affordability of hotels compared to a number of other Asian countries.

Domestic investors most active in Japan

Japan has remained a stellar performer in terms of hotel investment since 2013, with transaction volumes reaching more than US$1.2 billion as of September 2017. The lead up to the 2020 Tokyo Olympics will continue to boost tourism, with the government aiming to double the number of foreign visitors to 40 million by 2020.

“However, we are now witnessing international investors becoming increasingly active in Japan, as market fundamentals continue to improve and it remains one of the most attractive debt markets in the region. We expect a solid last quarter of 2017 in terms of investment activity.”

Australia remains a firm favourite for hotel investors globally, particularly for Chinese investors, due to its strong inbound tourism growth. Investment volumes were close to US$110 million as of September 2017. “Mainland Chinese buyers have purchased around US$1.4 billion of Australian hotels since 2015 but given the recent curbs on outbound capital by the Chinese government, this strong demand may somewhat slow down in the near term,” says Mr Batchelor.

Overall hotel investment volumes in Asia Pacific hit US$5.3 billion in the first nine months of the year, down 22 per cent year-on-year. In Q3 alone, sales activity reached US$1.2 billion across the region, with around US$1.5 to 2.0 billion in deals expected to close by year-end. A large component of this volume is expected to come via Japan.

“We expect total year-end hotel investment volumes to reach between US$7.5 and US$8.0 billion across Asia Pacific, slightly down from US$8.6 billion recorded last year,” says Mr Batchelor. “There is likely to be a decline of around 10 per cent in 2017 due to the lack of hotels for sale in the market and a pricing gap between buyer and seller expectations.”