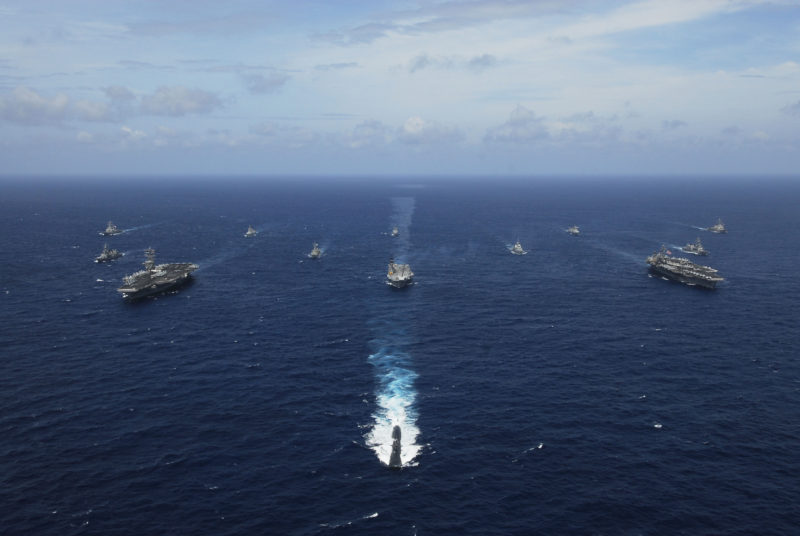 A meeting between senior officials from the United States, India, Japan, and Australia took place in Manila on the sidelines of the East Asia Summit to discuss regional and global cooperation.

The revival of the Quadrilateral Security Dialogue, the Quad, suggests a renewed commitment for peace and stability regarding the Indo-Pacific region.

Against the backdrop of the East Asia Summit, the United States, India, Japan, and Australia met to revisit their shared interest in a “free and open Indo-Pacific,” coming together for the first time in a decade to discuss their plans to establish a rules-based regional order, provide maritime security as a regional public good, uphold international law, and enhance connectivity.

Revival of the Quad

The initiative of the Quad can trace back to 2007, when Prime Minister Shinzo Abe laid out a bold vision of a “broader Asia,” linking the Pacific and Indian Oceans and expanding outward to include the United States and Australia.

He envisioned an open and transparent network, in which people, goods, capital and knowledge could flow freely in an “arc of freedom and prosperity” along with the outer rim of the Eurasian continent. The vision never moved beyond the initial phase, however, as both Australia and New Delhi wavered under Chinese pressure.

Currently, the four countries have been careful to deepen their cooperation without formalizing a multilateral arrangement; however, with Japan, the United States, and Australia having maintained trilateral security relations since 2002, the three countries need only India’s support to fully revive their decade old ambition.

In recent years, the India-Japan partnership has grown, in which New Delhi signed security agreements with Canberra; and the former Obama Administration designated India a “major defense partner” in 2016, a relationship that has continued to thrive under the Trump Administration.

Both India and Australia welcome the move toward a quadrilateral cooperation. India’s Ministry of External Affairs suggested India was open to working with countries “on issues that advance our interests and…