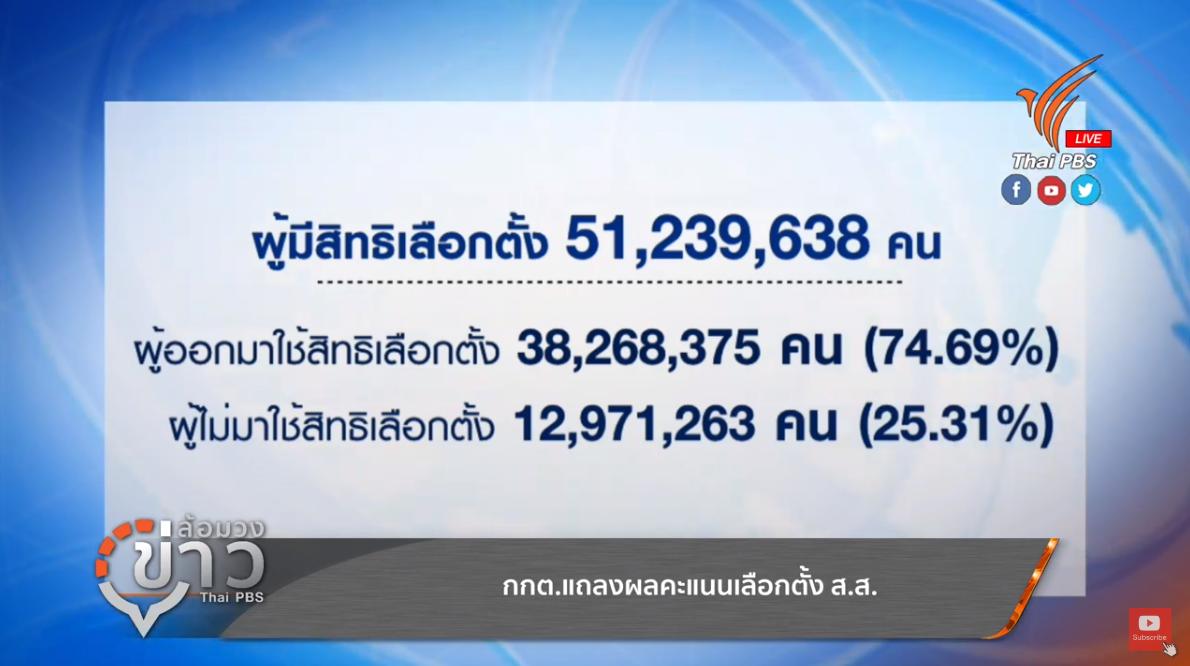 The EC released the total number of votes for each party yesterday, earlier than previously expected.

The poll agency previously announced results after 95% of votes were counted and said that the remaining 5% would not be revealed until May 9.

With all of the ballots now counted, the Palang Pracharath Party (PPRP) has won the popular vote, with 8.4 million compared to 7.9 million for Pheu Thai, with a 74.7% voter turnout.

The results represented 100 per cent of the ballots counted but would remain unofficial until final results are announced on May 9, after the coronation ceremony of King Maha Vajiralongkorn.

According to the EC, these figures were from a full vote count which have not yet been endorsed.

The data showed an increase of around 500,000 votes for both the PPRP and Pheu Thai on the 95% count, which stood at 7.9 million and 7.4 million respectively.