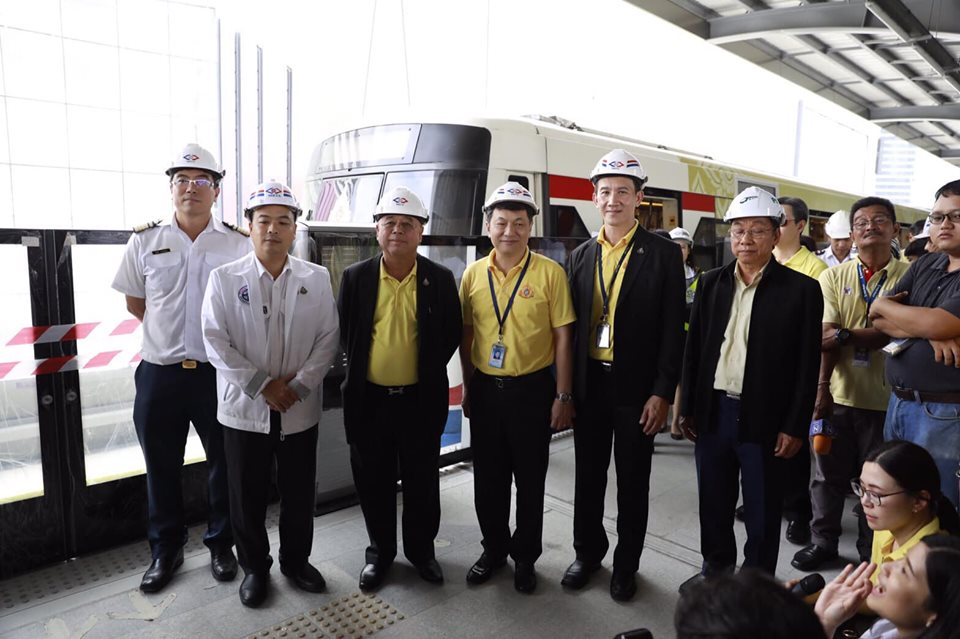 With the cooperation of the BTS, the Bangkok Metropolitan Administration and Krungthep Thanakom Co., the Mass Rapid Transit Authority of Thailand undertook the trial run over a two-kilometer distance from Mor Chit station to Lad Phrao intersection.

The new BTS section which is scheduled to open for service in August is designed to alleviate overcrowding of commuters at Mor Chit station.

Lad Phrao intersection is a major spot where many commuters converge to Take BTS trips daily. About 80,000 BTS passengers are expected each day.