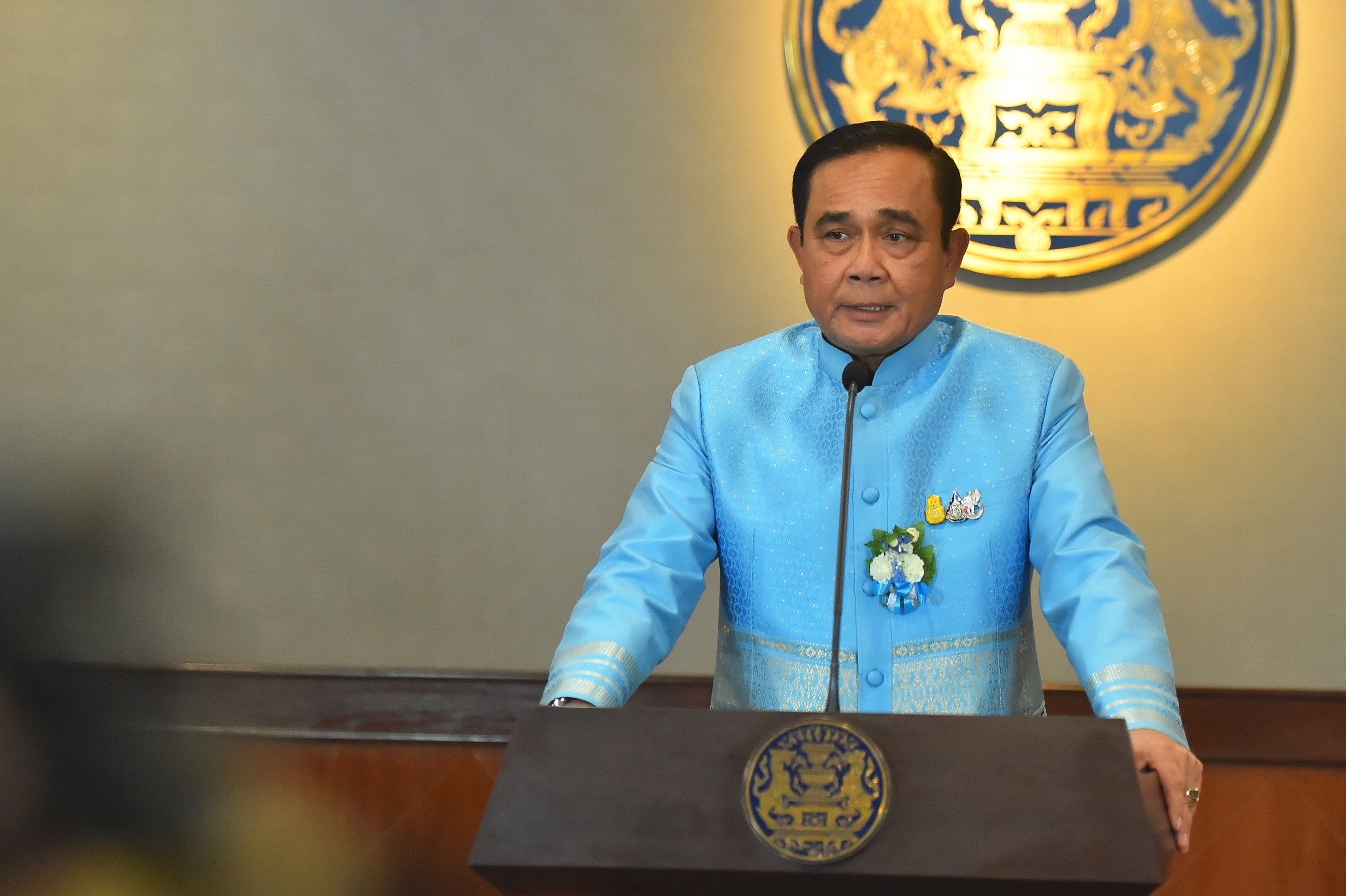 BANGKOK, 6th August 2019 (NNT) – A number of reports claim that the recent Bangkok bombings are thought to have been perpetrated by the government, prompting Prime Minister Gen Prayut Chan-o-cha to categorically deny such allegations.

The premier admitted the motives have not been discovered as yet, but said that the incidents might have been connected with previous incidents in the provinces.

The premier said the police were rapidly investigating the incidents, which possibly involved several people, and called on the public to give the police more time to work. No specific groups of persons have been identified as suspects yet.

The premier commented that it was understandable for the mother of a male suspect, who has been arrested, to be very concerned while the police are checking the evidence, especially from CCTV cameras and the suspect might have been connected with others. Members of the public were advised to watch out for suspicious-looking objects or persons and tell the authorities.

Bangkok Governor Pol Gen Assawin Khwanmuang said the situation has developed after two suspects had been arrested. The Bangkok Metropolitan Administration’s Situation Monitoring Center has been providing information to security units and continually following on the situation. All 50 districts of Bangkok are instructed to continue to watch out for an untoward situations until it returns to normal and public confidence is restored.

Police Immigration Commissioner Pol Lt Gen Sompong Chingduang said a CCTV camera at an immigration unit in Narathiwat province had caught the faces of both suspects, identified as Lu-ai Sae-ngae and Wildon Maha, natives of Narathiwat.

Their entry or departure via the southern immigration unit has already been reported to Police Commissioner General Pol Gen Chakthip Chaijinda.

The police chief instructed all immigration units to watch out for people who come in by land, sea and air, particularly those in the southern region. The immigration units were ordered to step up screening measures, strictly check automobiles and motorcycles and coordinate with local security units.